Park will address his fans at 12:00 and will be available for book signings before and after his talk. 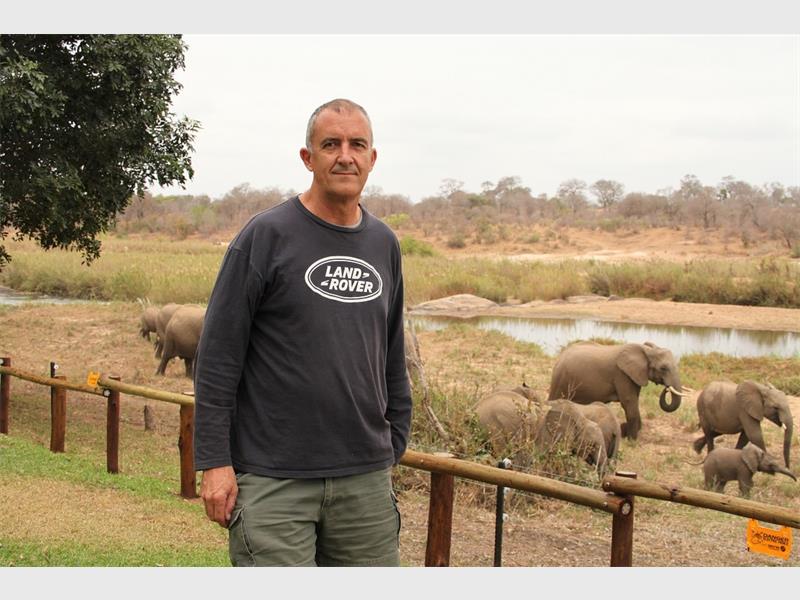 International author and Lowveld local Tony Park will hold the South African launch of his 17th African thriller novel, Ghosts of the Past, at a function in Hazyview on September 14.

Park, who spends half of each year in his native Australia and the other half in South Africa, will speak and sell copies of his new book at the Wine Affair at Pioneers Grill in the Perry’s Bridge tourist centre.

The Wine Affair runs from 11:00 to 15:00. Park will address his fans at 12:00 and will be available for book signings before and after his talk.

“My wife and I have a house near the Kruger Park and Hazyview is our local town in South Africa,” he said. “I’m humbled and proud to say the community has embraced us as locals, so it is a thrill to launch Ghosts of the Past this way.”

His novel plays off over two time periods, the early 20th century and the present day.

The historic part of the story is set in the area now covered by the Kruger National Park during the Anglo-Boer War, and later moves to German South West Africa (now Namibia) during the uprising by the Nama and Herero people against the Germans.

“The book is based on a true story, about a young Australian man who fought in the Anglo-Boer War and later joined the rebellion against the German colonial power in South West Africa,” Park said.

He hopes that with a sub-plot based on the well-known legend of “Kruger’s Gold” and plenty of action taking place in the Lowveld, local readers will find the story interesting.

As with Park’s 16 previous books, there is also a conservation angle to Ghosts of the Past – this time he looks at the plight of Namibia’s wild or “ghost” horses of the Namib Desert.

For more information on Park and his books, visit www.tonypark.net.
"Education is the most powerful weapon which you can use to change the world." Nelson Mandela
The desire for equality must never exceed the demands of knowledge
Top

Look forward to reading it!!

I had nothing to read the other day and was so happy when I found a Tony Park book on the shelf that I haven't read yet!