Discussions and information on all Southern African Birds
63 posts

Maybe proving that there are homosexuals in nature, some narrow-minded humans and religions will drop some of their prejudices.
"Education is the most powerful weapon which you can use to change the world." Nelson Mandela
The desire for equality must never exceed the demands of knowledge
Top

these courtships are unlikely to result in a chick, so they are normally shortlived, with the penguins becoming unsatisfied and looking for another partner. 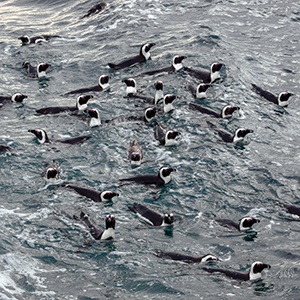 A new study has proven that African penguins benefit when there is a greater abundance of fish available and it can be used to inform fisheries management in future.

The three-year study looked at a colony on Robben Island during a period when the area was closed to commercial fishing and monitored the health of the birds as well as the effects on the surrounding fish populations.

The researchers fitted the adult penguins with small cameras for a rare glimpse into their underwater behaviour.

The study found a direct link between the abundance of anchovy and sardine, and the penguins' foraging behaviour and the condition of their offspring.

Dr Kate Campbell, who led the research at the University of Cape Town as part of her PhD project, said the closure of commercial fisheries created a "unique opportunity to study how African penguins directly respond to natural changes in local abundance of their prey – anchovies and sardines".

Although this is hardly surprising, Ludynia said it's important to have proof.

"If there's a lot of fish around an island, it doesn't mean that the birds actually have access to the fish because the fish might be taken out by the fisheries."

"So basically, the fish that was around was available to the birds, and we could show the more fish there is, the better the birds do - which is not a new thing, but it's very good to be able to actually prove it..."

Ludynia added that the study is highly relevant at the moment as the endangered African penguin continues to decline, with 2018 seeing the lowest ever recorded numbers of breeding pairs in South Africa.

"The African penguin is a good indicator of the situation of our oceans, as this study shows, and unfortunately it is not showing us a great picture at the moment," Ludynia said.

The study was published in the Journal of Applied Ecology this week.
"Education is the most powerful weapon which you can use to change the world." Nelson Mandela
The desire for equality must never exceed the demands of knowledge
Top

The penguins at Boulders Beach in Cape Town will be getting a little high-tech over the coming breeding season.

In an effort to monitor their movement and nesting patterns, around 30 penguins will be tagged by the University of Cape Town (UCT) and Southern African Foundation for the Conservation of Coastal Birds (SANCCOB) from May to September, with batches of six birds per sampling period for the maximum of 2 days.

The tuxedo birds will be fitted with electronic loggers that record their Global Positioning System (GPS) locations and dive depths as well as video footage of their behaviour at sea. These devices will be attached to their lower backs with waterproof tape.

A small group of penguins will also be marked with a non-permanent pink dye in order to see how much they visit their nests during the breeding season and make selecting birds going hunting in the ocean the next day easier.

Their movements were last observed in the early 2000s, and this study will be led by UCT's FitzPatrick Institute of African Ornithology. The trackers have been used in most colonies around South Africa and Namibia, and is an important tool to manage their conservation.

“The current study will be a great comparison to the earlier study in False Bay and will close the gap in knowledge on the foraging behaviour of African penguins all along our coast, as False Bay is an important habitat and a key area to protect the species,” says Dr Katta Ludynia, Research Manager at SANCCOB.

Our waddling friends have had many challenges over the last century - the African penguin's population has drastically declined over the years to only 23 000 breeding pairs left in the wild, a major concern for Dr Alison Kock, a marine biologist from SANParks' Cape Research Centre who will also be involved in the study.

“The findings of this research project will assist the scientists to better understand the types of fish the African Penguins eat in order to help manage fish stocks more sustainably, determine their hunting areas that can be used to motivate for the extensions of Marine Protected Areas and knowing where they go can help limit threats to these areas, like pollution,” adds Kock.
"Education is the most powerful weapon which you can use to change the world." Nelson Mandela
The desire for equality must never exceed the demands of knowledge
Top

Seabird conservation volunteers are monitoring the shores for oiled penguins after a predawn offshore fuelling incident on Saturday dumped up to 400l of oil into Algoa Bay.

https://www.pressreader.com/south-afric ... a/textview
"Education is the most powerful weapon which you can use to change the world." Nelson Mandela
The desire for equality must never exceed the demands of knowledge
Top

Regarding the previous post, I did not see any pink spotted or collared Penguins during my last holidays in June. But there were still many chicks. And some Gulls wanted them for luunch. Fortunately the parents were watchful... 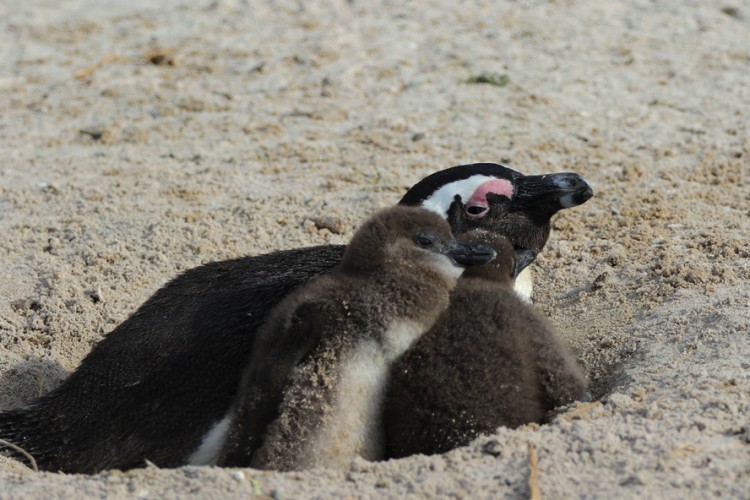 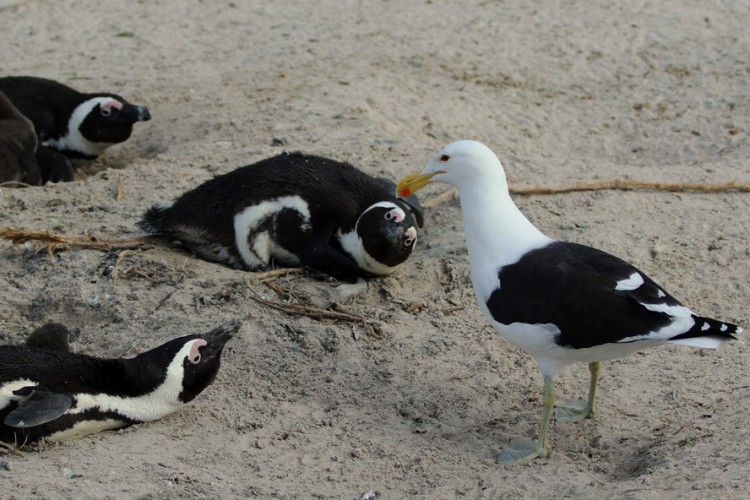 Great pics Dindingwe...and the chicks are too cute!!

The one lying on the back is my favourite

"Education is the most powerful weapon which you can use to change the world." Nelson Mandela
The desire for equality must never exceed the demands of knowledge
Top
63 posts