The bizarre fruit of the sausage tree

The bizarre fruit of the sausage tree 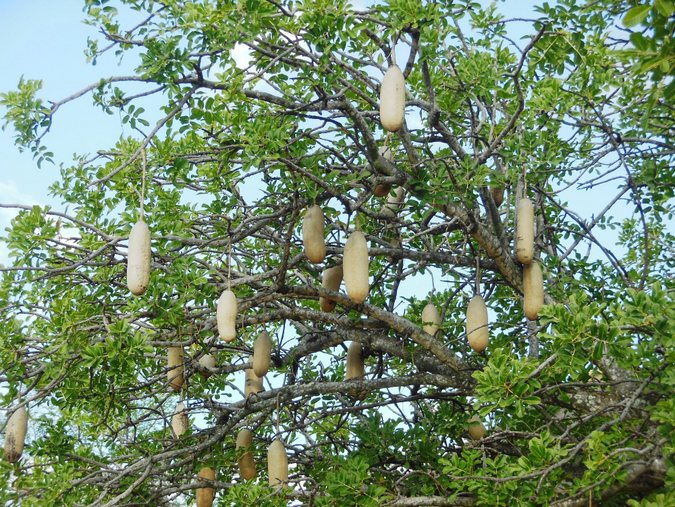 It’s one of the most bizarre fruits in the botanical kingdom and its shape has helped to name the tree it hangs from – the tree after which we, Sausage Tree Safari Camp, are named… Meet the oddly-shaped and occasionally lethal pendulous fruit of the sausage tree (Kigelia africana).

Huge, sausage-shaped and growing up to a metre in length, there’s no mistaking the fruit of this beautiful riparian tree that grows close to rivers and streams and often along drainage lines. They can take up to a year to ripen and can weigh in at a whopping 10 kg – so sitting under a fruiting tree can be risky to life and limb, with a number of deaths recorded from people being hit on the head by falling “sausages”.

The sausage tree is a member of the same family of flowering trees as the jacaranda and can grow as high as 20 metres. It flowers for a few weeks in spring each year, displaying flamboyant deep red blossoms that attract an array of animals with their scent that’s generally the most powerful at night, attracting the fruit bats which are the tree’s main pollinators. 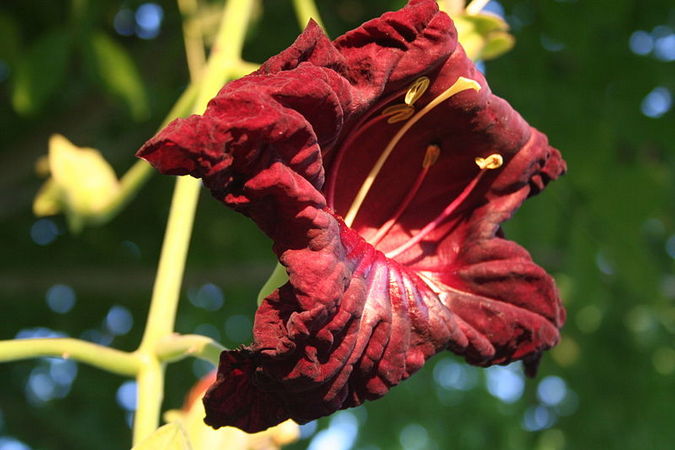 The tree’s leaves are eaten by a range of herbivores from elephant to kudu and the fruit themselves are eaten by monkeys, porcupines, hippos and a variety of birds. When they fall and dry out, you will find that inside there’s a tough, fibrous and pulpy inner filled with seeds that’s often chewed by mammals such as zebra and giraffe, helping to spread the dispersal of seeds in their dung.

The unripened fruit is highly poisonous to humans if eaten, and when ripe is a highly effective emetic that believe it or not is brewed into a beer! In order to make it safe for consumption and to avoid the purgative properties, the fruits have to be sundried, fermented with sugar cane juice for at least 24 hours and dried again before being added to a large barrel of sugar cane juice where it is fermented for a further four days. 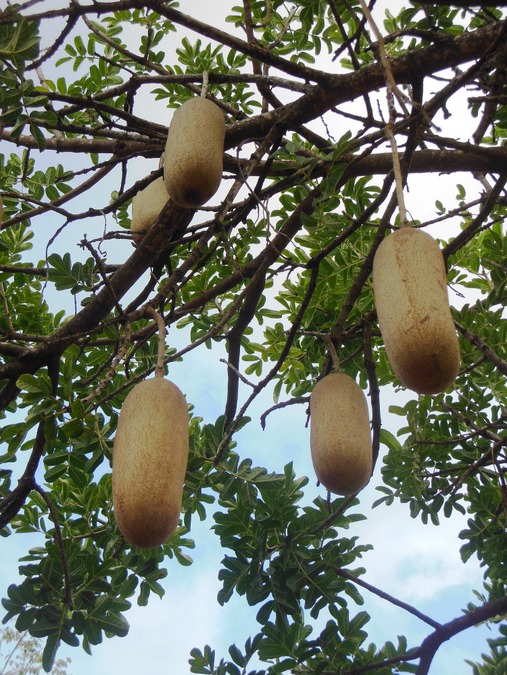 It’s also used in a variety of traditional and mainstream medicinal remedies and has significant medicinal properties, especially in the treatment of skin conditions and irritations. A traditional treatment for mosquito bites is to slice the fruit, boil the slices in water, allow to cool and use the resulting “tea” to bathe the bites repeatedly. It reduces the irritation and redness and kills the itching, making it the perfect natural remedy for guests afflicted by mosquitoes and other insect bites.

Kigelia cream is also used in the treatment of eczema, skin cancer and psoriasis. It’s also used in several mainstream beauty treatments and is widely regarded as a powerful anti-oxidant and anti-ageing remedy. 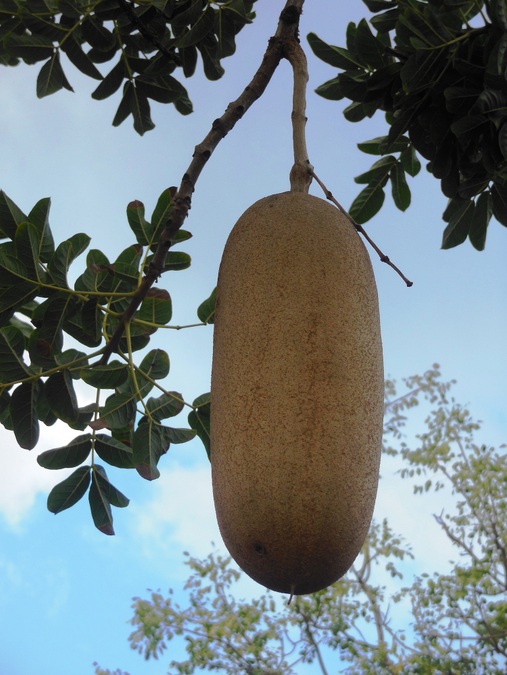 The fruits and parts of the tree itself are used to treat a variety of maladies from malaria, headaches and rheumatism to ulcers and gastro-intestinal issues. Unsurprisingly, given the shape of its fruit, the tree is sacred to many different tribes and cultures across Africa and is used in traditional rituals and medicinal remedies to improve manhood and sexual performance!

The wood from the sausage tree is exceptionally useful, because it’s water resistant and does not break or crack easily, making it perfect for use as a dug-out canoe and oars.

Finally, the sausage tree after which our little camp is named stands guard over our property on the Balule Private Nature Reserve and is an ambassador for both its species and trees in general, educating our guests on the amazing value they bring to our lives and the importance of protecting them. 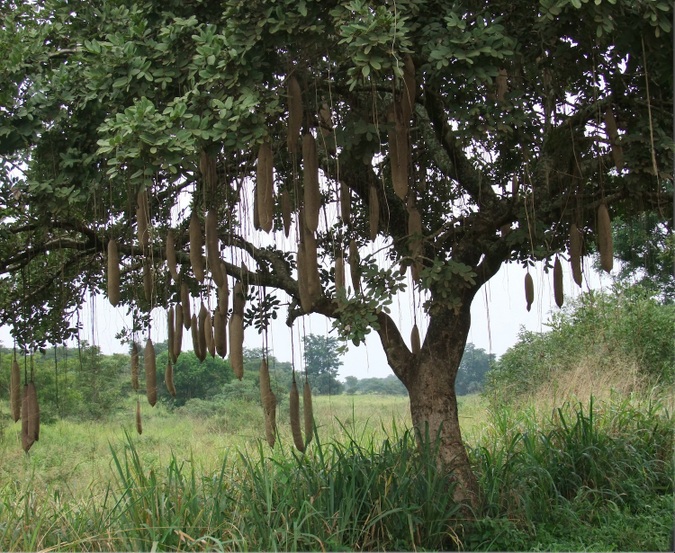 https://africageographic.com/blog/fruit ... 3cf4ca8e69
"Education is the most powerful weapon which you can use to change the world." Nelson Mandela
The desire for equality must never exceed the demands of knowledge
Top
1 post • Page 1 of 1