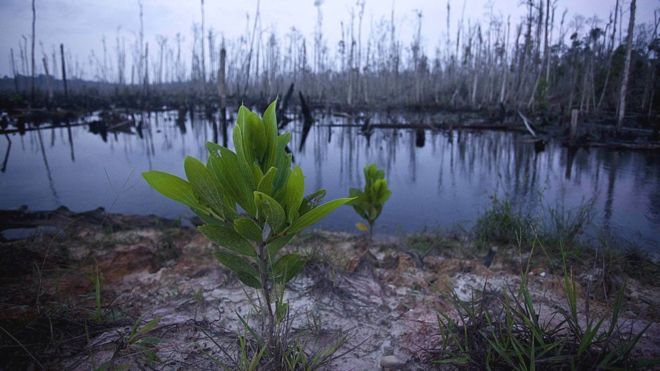 Almost 600 plant species have been lost from the wild in the last 250 years, according to a comprehensive study.

The number is based on actual extinctions rather than estimates, and is twice that of all bird, mammal and amphibian extinctions combined.

Scientists say plant extinction is occurring up to 500 times faster than what would be expected naturally.

In May, a UN report estimated that one million animal and plant species were threatened with extinction.

- What does a biodiversity emergency mean for humans.

Researchers say their analysis of all documented plant extinctions in the world shows what lessons can be learned to stop future extinctions.

Most people can name a mammal or bird that has become extinct in recent centuries, but few could name an extinct plant, said Dr Aelys Humphreys of Stockholm University.

"This study is the first time we have an overview of what plants have already become extinct, where they have disappeared from and how quickly this is happening," she added. 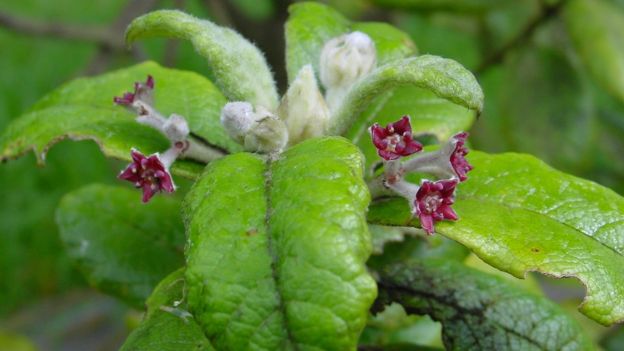 The lost plants include the Chile sandalwood, which was exploited for essential oils, the banded trinity plant, which spent much of its life underground, and the pink-flowered St Helena olive tree.

The biggest losses are on islands and in the tropics, which are home to highly valued timber trees and tend to be particularly rich in plant diversity.

What did the study find?

Scientists at the Royal Botanic Gardens, Kew, and Stockholm University found that 571 plant species had disappeared in the last two and a half centuries, a number that is more than twice the number of birds, mammals and amphibians recorded as extinct (a combined total of 217 species).

The researchers believe these numbers underestimate the true levels of ongoing plant extinction.

One positive, though, was evidence that some plants once thought extinct have been rediscovered, such as the Chilean crocus 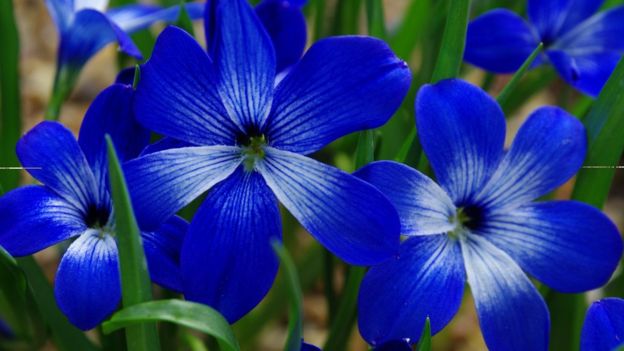 The Chilean crocus: Rediscovered in 2001 after years of searching - RICHARD WILFORD

Why does plant extinction matter?

All life on Earth depends on plants, which provide the oxygen we breathe and the food we eat.

Plant extinctions can lead to a whole cascade of extinctions in other organisms that rely on them, for instance insects that use plants for food and for laying their eggs. 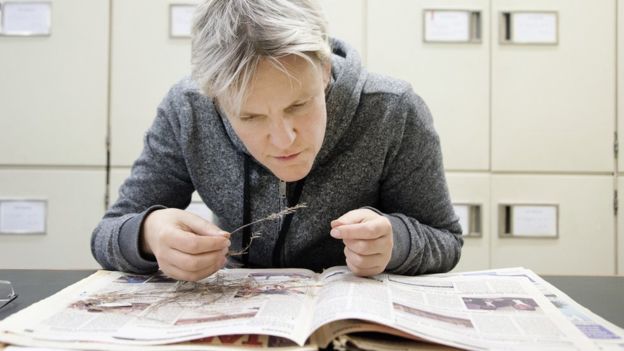 "Millions of other species depend on plants for their survival, humans included, so knowing which plants we are losing and from where, will feed back into conservation programmes targeting other organisms as well," she explained.

What lessons can we learn?

The researchers are calling for a number of measures to stop plant extinction:

- Record all the plants across the world

- Teach our children to see and recognise local plants.

Dr Rob Salguero-Gómez, of the University of Oxford, who was not part of the study, said understanding the how, where, and why of plant loss was of paramount importance, not only for ecologists but also for human societies.

"We depend on plants directly for food, shade and construction materials, and indirectly for 'ecosystem services' such as carbon fixation, oxygen creation, and even improvement in human mental health through enjoying green spaces," he commented.
"Education is the most powerful weapon which you can use to change the world." Nelson Mandela
The desire for equality must never exceed the demands of knowledge
Top

Re: Plant extinction 'bad news for all species'

Earth is seeing an unprecedented loss of species, which some ecologists are calling a sixth mass extinction. In May, a United Nations report warned that 1 million species are threatened by extinction. More recently, 571 plant species were declared extinct.

But extinctions have occurred for as long as life has existed on Earth. The important question is, has the rate of extinction increased? Our research, published today in Current Biology, found some plants have been going extinct up to 350 times faster than the historical average – with devastating consequences for unique species.

Measuring the rate of extinction

“How many species are going extinct” is not an easy question to answer. To start, accurate data on contemporary extinctions are lacking from most parts of the world. And species are not evenly distributed – for example, Madagascar is home to around 12,000 plant species, of which 80% are endemic (found nowhere else). England, meanwhile, is home to only 1,859 species, of which 75 (just 4%) are endemic.

In Kenya, as across Africa, populations of the world's tallest mammals are quietly, yet sharply, in decline. Giraffe numbers across the continent fell 40 percent between 1985 and 2015, to just under 100,000 animals, according to the best figures a...

Areas like Madagascar, which have exceptional rates of biodiversity at severe risk from human destruction, are called “hotspots”. Based purely on numbers, biodiversity hotspots are expected to lose more species to extinction than coldspots such as England.

But that doesn’t mean coldspots aren’t worth conserving – they tend to contain completely unique plants.

Unsurprisingly, we found hotspots to lose more species, faster, than coldspots. Agriculture and urbanisation were important drivers of plant extinctions in both hot- and coldspots, confirming the general belief that habitat destruction is the primary cause of most extinctions. Overall, herbaceous perennials such as grasses are particularly vulnerable to extinction.

However, coldspots stand to lose more uniqueness than hotspots. For example, seven coldspot extinctions led to the disappearance of seven genera, and in one instance, even a whole plant family. So clearly, coldspots also represent important reservoirs of unique biodiversity that need conservation.

So why are our estimates of plant extinction so low?

First, a lack of comprehensive data restricts inferences that can be made about modern extinctions. Second, plants are unique in – some of them live for an extraordinarily long time, and many can persist in low densities due to unique adaptations, such as being able to reproduce in the absence of partners.

Let’s consider a hypothetical situation where we only have five living individuals of Grandidier’s baobab (Adansonia grandidieri) left in the wild. These iconic trees of Madagascar are one of only nine living species of their genus and can live for hundreds of years. Therefore, a few individual trees may be able to “hang in there” (a situation commonly referred to as “extinction debt”) but will inevitably become extinct in the future.

Finally, declaring a plant extinct is challenging, simply because they’re often very difficult to spot, and we can’t be sure we’ve found the last living individuals. Indeed, a recent report found 431 plant species previously thought to be extinct have been rediscovered. So, real plant extinction rates and future extinctions are likely to far exceed current estimates.

There is no doubt that biodiversity loss, together with climate change, are some of the biggest challenges faced by humanity. Along with human-driven habitat destruction, the effects of climate change are expected to be particularly severe on plant biodiversity. Current estimates of plant extinctions are, without a doubt, gross underestimates.

However, the signs are crystal clear. If we were to condense the Earth’s 4.5-billion-year-old history into one calendar year, then life evolved somewhere in June, dinosaurs appeared somewhere around Christmas, and the Anthropocene starts within the last millisecond of New Year’s Eve. Modern plant extinction rates that exceed historical rates by hundreds of times over such a brief period will spell disaster for our planet’s future.The Conversation
"Education is the most powerful weapon which you can use to change the world." Nelson Mandela
The desire for equality must never exceed the demands of knowledge
Top

Re: Plant extinction 'bad news for all species' 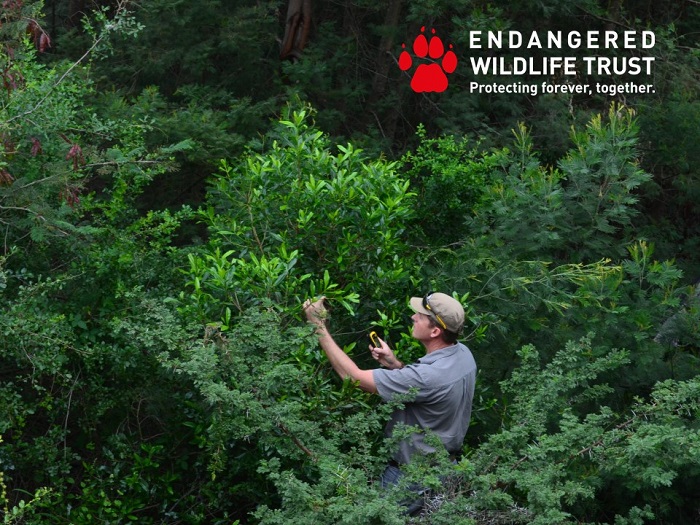 In another first for the Endangered Wildlife Trust (EWT), we are proud to announce that we are embarking on a new project to save nature’s life-givers – trees.

The Pepper Bark Tree (Warburgia salutaris) is listed as Endangered, both globally and nationally, on the IUCN Red List. This is largely due to illegal and unsustainable harvesting of these trees for their bark, which is commonly used in traditional medicine, including many remedies that are used to treat influenza, diarrhoea, burns, and other ailments. The EWT is excited to be embarking on an ambitious project that could change the fate of these trees. The project will initially focus on the western Soutpansberg, a region where the EWT is already engaged in critical conservation work through our Soutpansberg Protected Area, and a known priority area for the species. 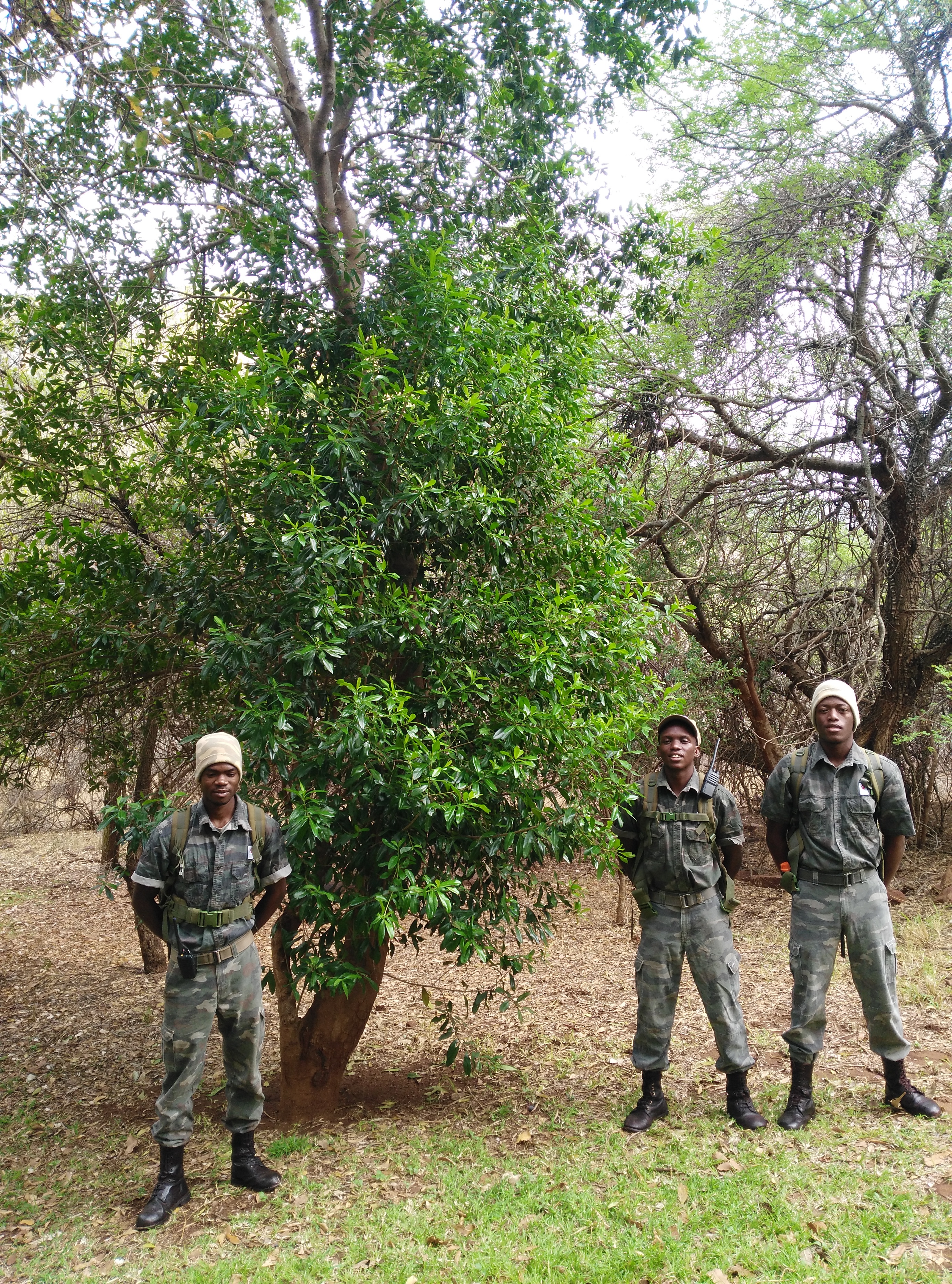 The plan to save the Pepper Barks is threefold. The team will conduct strategic research to understand the geographic priorities, conservation needs and mitigation options for the conservation of the species; implement targeted habitat protection and restoration work in the Soutpansberg, including clearing of invasive species and the proclamation of 22,803 hectares of privately-owned land into Privately Protected Areas; and work with Traditional Health Practitioners (THPs) to conserve wild Pepper Barks. Traditional medicine remains a critical health care modality throughout southern Africa due to its cultural significance as well as limited access to western medical care in many parts of the sub-region. Once dismissed as mere superstition or witchcraft, many western health care professionals are increasingly acknowledging the role of THPs, particularly as the pharmacological properties of many plant species have now been validated scientifically. Previous studies have shown that working with THPs, by providing them with seedlings to grow their own Pepper Bark Trees, has substantially reduced the impact of illegal harvesting in areas where this has taken place. Ensuring that those who depend on the tree for its medicinal properties have access to a legal source is crucial to conserving this species.

Dr Ian Little, EWT Senior Manager: Habitats, says, “The EWT is excited to be undertaking this new project, which promises not only to conserve the Endangered Pepper Bark Tree, but will allow us to work hand in hand with the community to do so. What’s more, the proclamation of additional land and restoring of habitats where Pepper Barks are found will also protect tree, shrub, reptile and bird species in the Soutpansberg, a priority water catchment and critical biodiversity area, and endemic species hotspot.”

This work is made possible through funding from Fondation Franklinia.
"Education is the most powerful weapon which you can use to change the world." Nelson Mandela
The desire for equality must never exceed the demands of knowledge
Top
3 posts • Page 1 of 1