Late Afternoon Drive: 5km up from Lower Sabie and back

We only left at 4:30pm for this drive, because of the very long morning drive. The first sighting was a herd of elephants crossing the Sabi River and a herd of buffalo that crossed in front of us and then settled in the Sabie River bed. 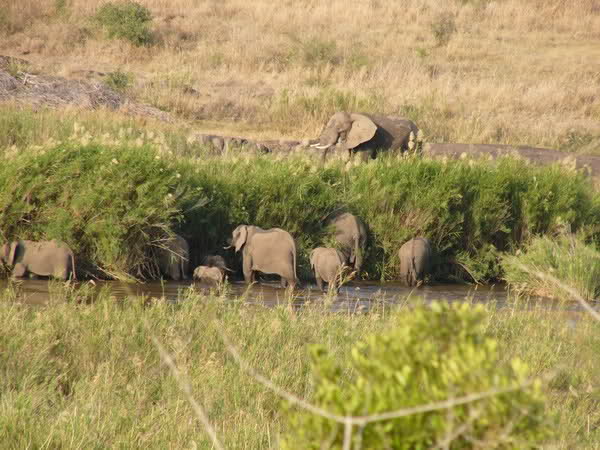 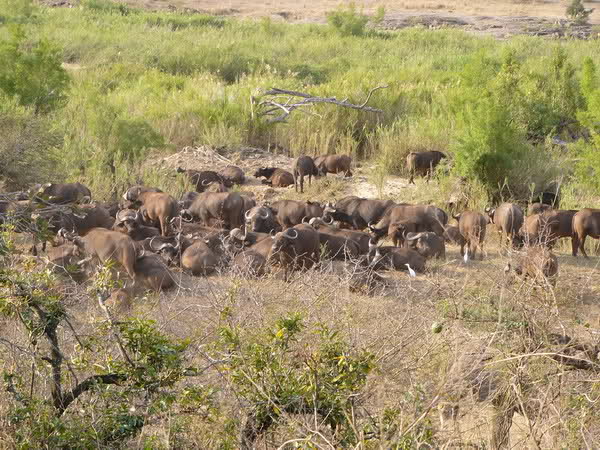 The next sighting was a Bateleur and a Fish Eagle. 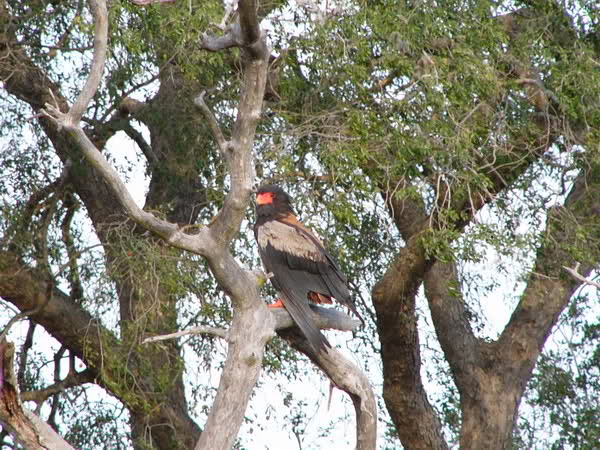 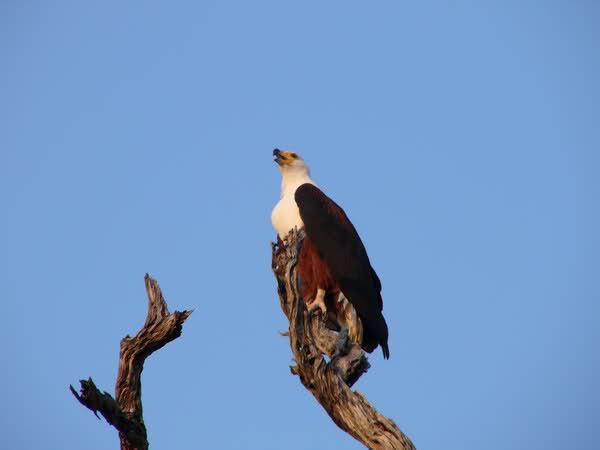 Then, to round off the day, this large male lion was relaxing on a rock just outside Lower Sabie. 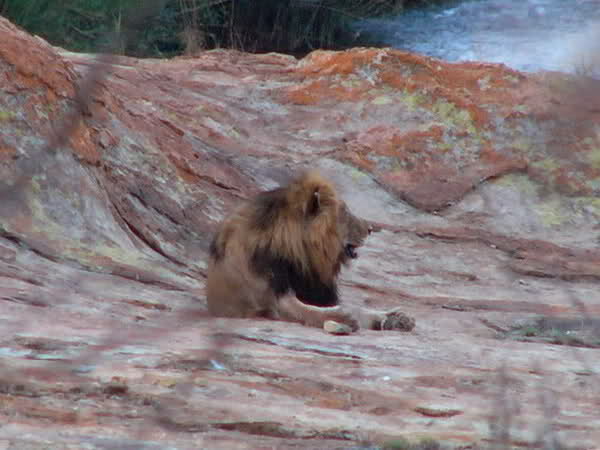 Lower Sabie is one of our favourite camps from a sighting prospective, but I wish that they had more accommodation for the larger families, as it’s always a mission to get a booking. We had chosen this camp for our last night in KNP, because it was close to Crocodile Bridge for an early exit from the park.

The reality that this was the last night in the park was starting to sink in and I was developing that uneasy feeling of dread in the pit of my stomach.
Top

The cars were packed in silence this morning and you could hear a pin drop in my car for the first few km outside Lower Sabie. That was until we saw this walking towards us. 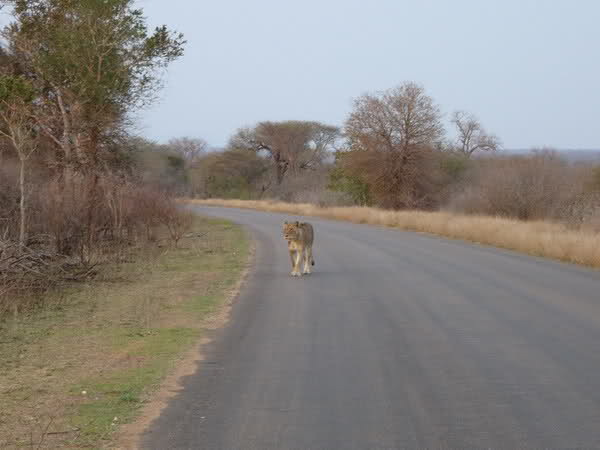 We sat and photographed her for awhile and then something caught the corner of my eye. There was a movement in the road about 100m down from us. It was 4 more lions, a male, another female and 2 cubs. We had to now choose between staying with our current lion and driving down to the others. I think that we all have a soft spot for cubs, so off we went. 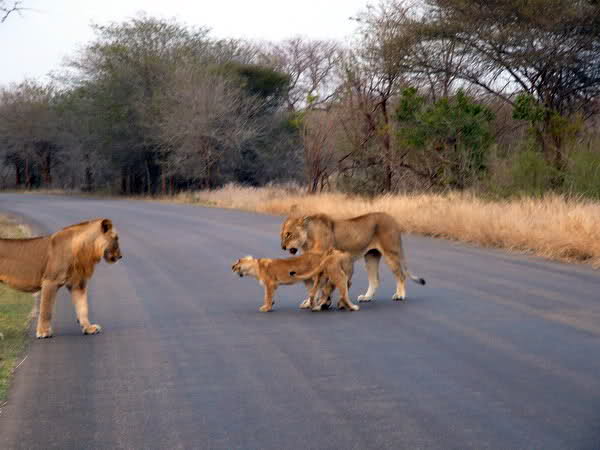 The young male kept attacking the cubs and knocking them over. He may have just been playing, but it looked very aggressive and at one point I thought that he was trying to kill the cubs and Chantal was getting hysterical. Then the mother came to the rescue and chased him off and every time he looked at her after that she growled at him.

We had them to ourselves for about 5 minutes and then other cars started to arrive. 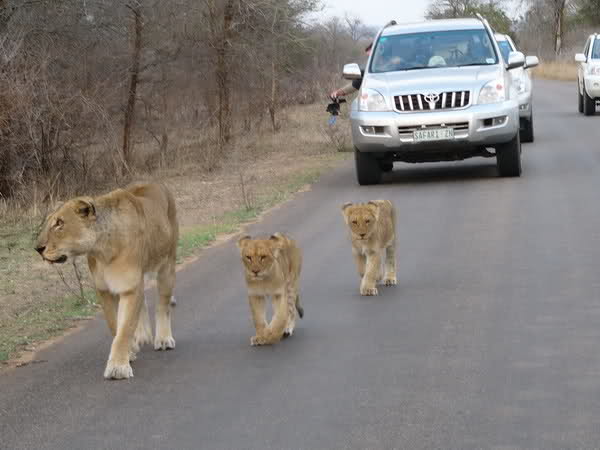 The male decided to go and sit by himself until his popularity increased. 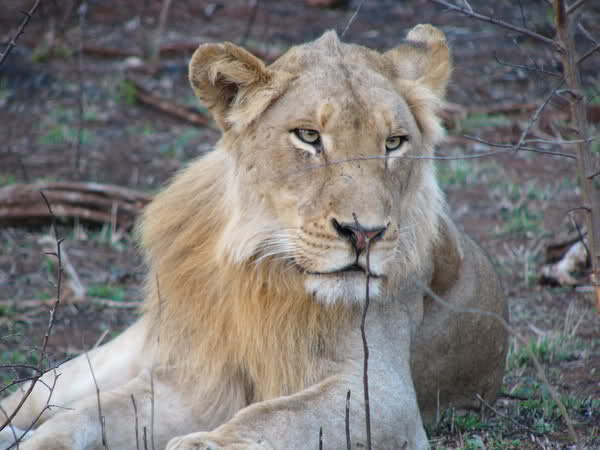 The cubs seem to recover. 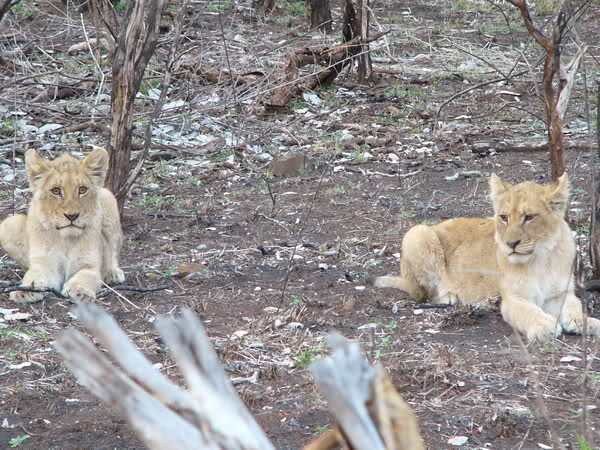 We were running out of time now. We still had a long drive to Toti KZN, Garth and Mel to JHB and we had work and the kid’s also had school the very next day, so reluctantly we had to push on.

I watched the lions in my rear view mirror as we drove off and wondered if we would see the same pride in 10 months.

Our next stop was Gomondwane bore hole where an amazing scene was starting to unfold. 2 hyenas were stalking a baby rhino. 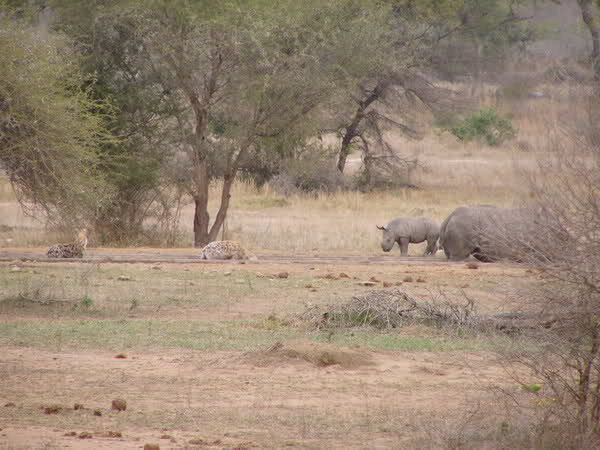 The baby rhino was trying to chase them off, but they kept coming back and trying again. We found it amazing that the mother rhino just ignored the action behind her. 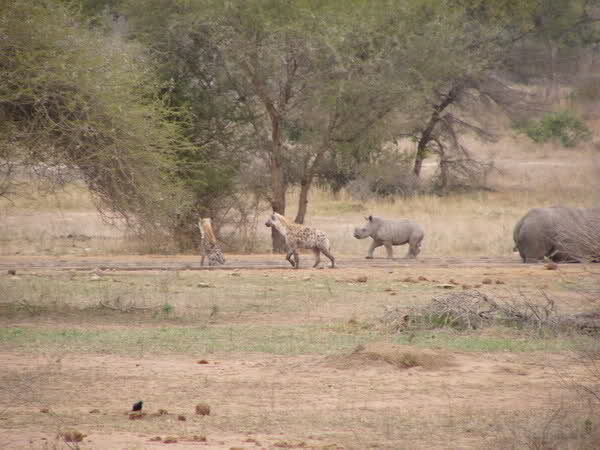 Eventually the mother started paying attention and joined the chase, but it didn’t last long and she was back to drinking. 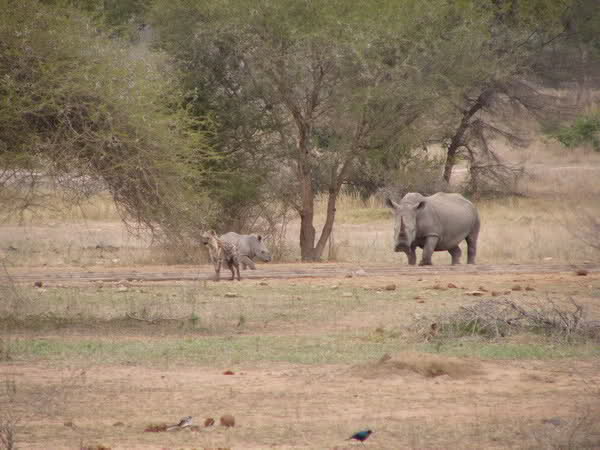 In the final photo below the hyena went for a full attack and the mother still didn’t move until she heard the commotion in the distance. They were now out of sight in the direction of the H5, but we had no choice but to push on to Crocodile Bridge. 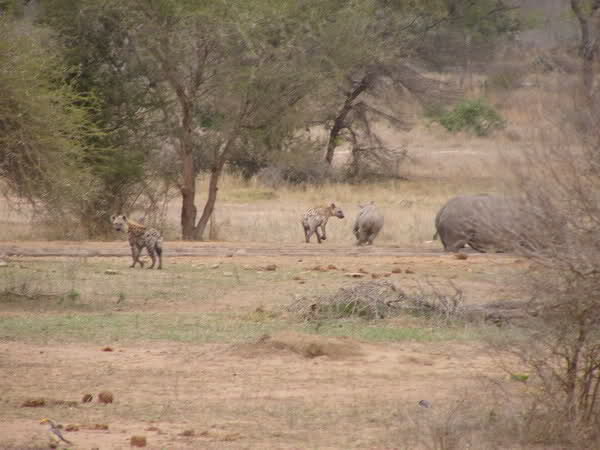 Just before Crocodile Bridge some nice people waved us down and said that there were 10 lions just down the S25/H4-2 intersection. Chantal looked at me, I shook my head and we drove on to Crocodile Bridge.

We all said our family goodbyes and were on our separate ways. On the way over the bridge I had the empty stomach feeling and Chantal and the kids were crying. Those drives home from Kruger are always the longest and quietest.

Lastly I would like to thank all of you that took the time to read our adventure. Part 2 will start on June the 15th when we return from KNP. For a guy who can’t compile a sentence without spell check, I actually had a lot of fun writing this report.