The Chobe National Park is located in Botswana's North West District, with the Chobe River providing both the park's northern boundary and its name. It is flanked in the south west by the Okavango Delta / Moremi Game Reserve, and by the forested Zimbabwe border to the east. From its northeast entry gate, it's less than 100km to Victoria Falls. 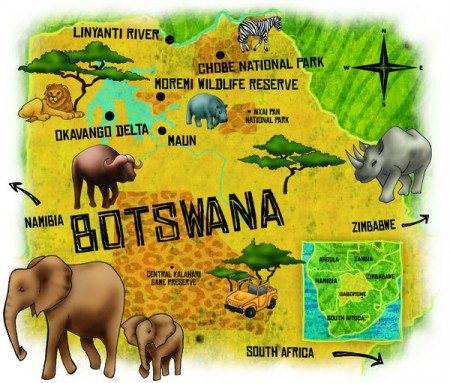 Size & Location: 11 700km² in north east Botswana, bordered by the Chobe River in the North

When to visit: May - October (dry season, best for game viewing)

The Chobe National Park, which is the second largest national park in Botswana and covers 10,566 square km, has one of the greatest concentrations of game found on the African continent. Its uniqueness in the abundance of wildlife and the true African nature of the region, offers a safari experience of a lifetime.

The park is divided into four distinctly different eco systems:
Serondela with its lush plains; dense forests in the Chobe River area in the extreme north-east; the Savuti Marsh in the west; and the Linyanti Swamps in the north-west the hot dry hinterland in between.

A major feature of Chobe National Park is its elephant population, currently estimated at around 120,000. The Chobe elephant are migratory, making seasonal movements of up to 200 km from the Chobe and Linyanti rivers, where they concentrate in the dry season, to the pans in the southeast of the park, to which they disperse in the rains. The elephants, in this area have the distinction of being the largest in body size of all living elephants though the ivory is brittle and you will not see many huge tuskers among these rangy monsters. 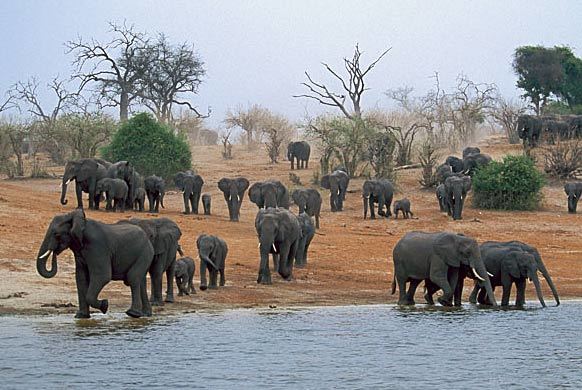 River cruises reveal almost wall-to-wall animals on the banks of the Chobe river, and you even have the option of staying on a houseboat. 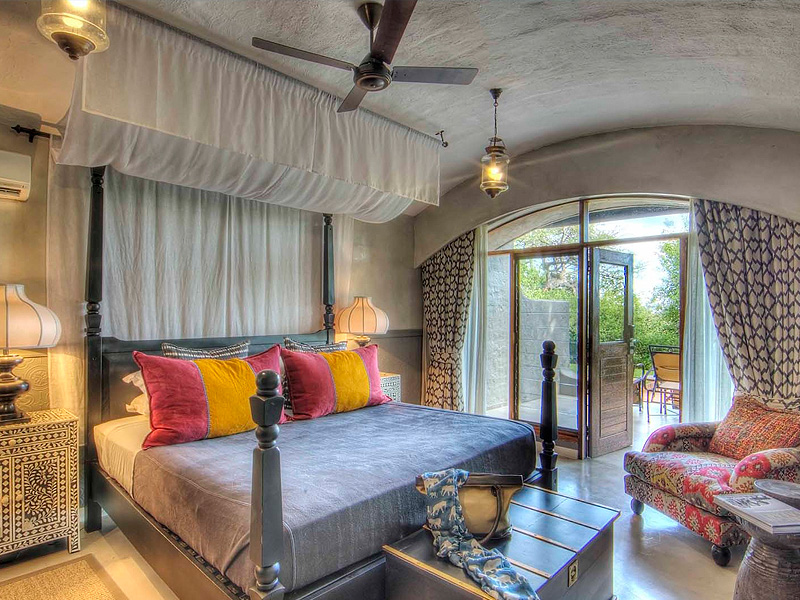 Often described as one of the best wildlife-viewing areas in Africa today, Savuti boasts one of the highest concentrations of wildlife left on the African continent. Animals are present during all seasons, and at certain times of the year their numbers can be staggering. If you allow yourself adequate time here (a minimum of three to four days is recommended) you will probably see nearly all the major species: giraffe, elephant, zebra, impala, tsessebe, roan, sable, wildebeest, kudu, buffalo, waterbuck, warthog, eland and accompanying predators including lion, hyena, jackal, bat-eared fox and possibly even cheetah and wild dog.

Savuti is famous for its predators, particularly its resident lions and spotted hyena populations. 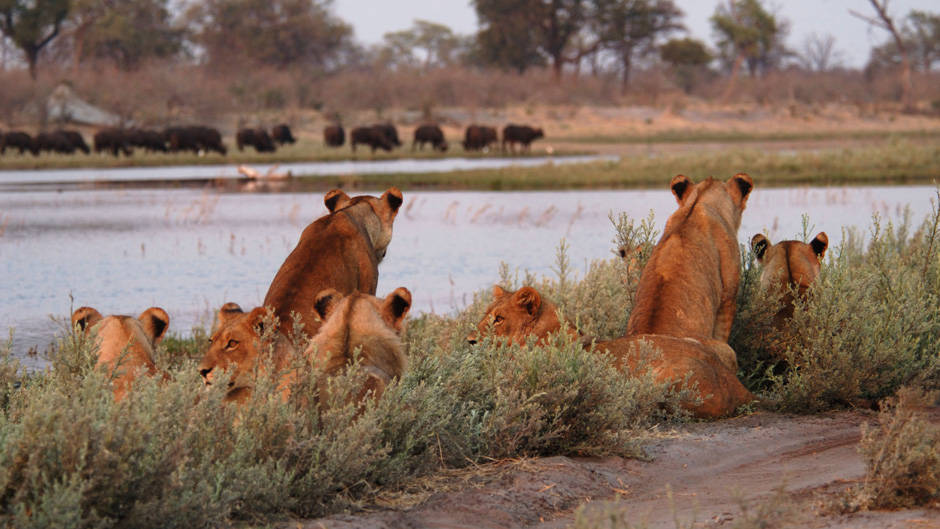 Mosquitoes are prevalent throughout the park and visitors are strongly advised to take anti-malarial prophylactics.

There are three main camping sites within the park, all of which are equipped with shower-toilet facilities and require booking in advance:

The new and modern one at Ihaha was recently built in order to replace the closed one at Serondela. This camping site is also more remote in nature comparatively to the former one at Serondela.

At Savuti there is another excellent new camping site, which lies at 172 km Southwest of Sedudu Gate. This camping ground overlooks the Savuti Channel.

A third, smaller camping ground can be found at Linyanti, lying at 39 km Northwest of Savuti. The camping ground here overlooks the Linyanti River so there are many chances of seeing and hearing hippos in the river. Off the beaten tracks, the Linyanti camp is much quieter than the previously described ones. There is an ablution block with toilets and showers, and a boiler to heat water. The Linyanti has a number of private concessions where Luxury Camps has been built with the aim of hosting affluent European & American Tourists.

Chobe Parks management have just introduced a ban on self drive vehicles on the river front road, it works like this...... between the hours of 06:00 and 09:00 only tour guide vehicles may use the river front road from the Sedudu gate (Kasane) side to Serondela (Caprivi side) and a limit of 25 tour guide vehicles will be allowed during this time. The same restriction applies again from 14:30 to 19:00 daily. This means that if you go to Chobe in your own vehicle you can only access the river front road (where all the action is) from 09:00 to 14:30 ( not the greatest game viewing time).
I can see the reason behind this move, congestion has been a big problem, especially during peak seasons etc but in my opinion this effectively kills the need to go to Chobe, except for high paying fly-in tourists.

Will this restriction affect our trip there much?
Top

No Flutts, just a little change in where we stay. Instead of staying in Kasane whilst we are up there, we'll spend the one night in Kasane so we can restock and maybe do some laundry and then we'll head into the park at 09:00 the next morning and base ourselves at Ihaha camp. That way we're already on the river front road.
Top

Some of the best pics I've ever seen:

Great series of photos by Lou Coetzer. You can go on a photo boat safari with them and get close to the birds, hippos and animals coming down to drink. Love Chobe.