Fri Sep 02, 2011
Etosha To me one of the best self drive photography destinations one can go to, excluding Kgalagadi.

You will get 4 of the big 5, only one not present is the buffalo, but as on a photographic point it's amazing with water holes at all the camps teaming with wildlife. You don't even have to leave camp to see the animals.

All welcome to place photo's and comments :D
Top

I never wanted to go to Etosha as I had heard it had been commercialized etc etc - We went earlier this year - and now i cannot wait to go back again.
One wet and miserable cat from Etosha 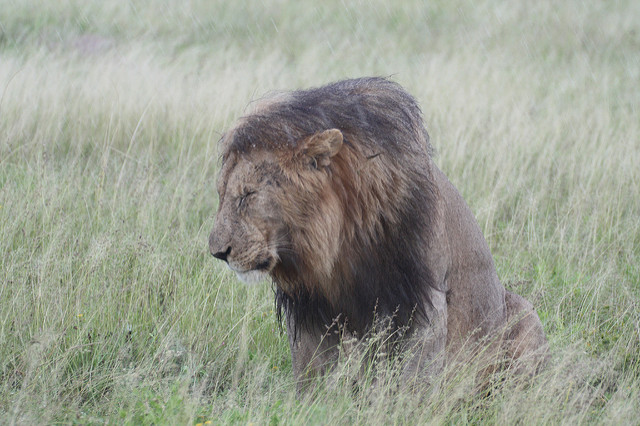 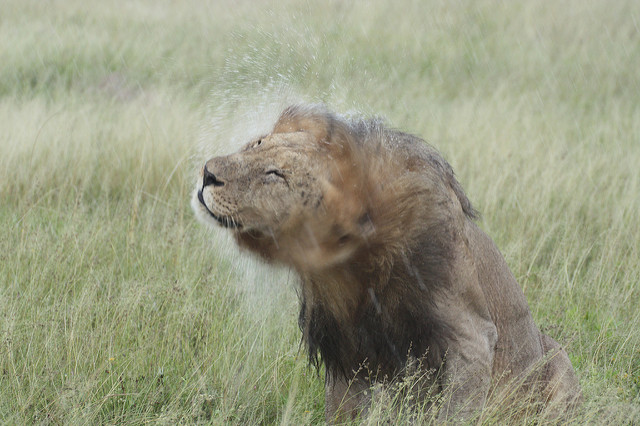 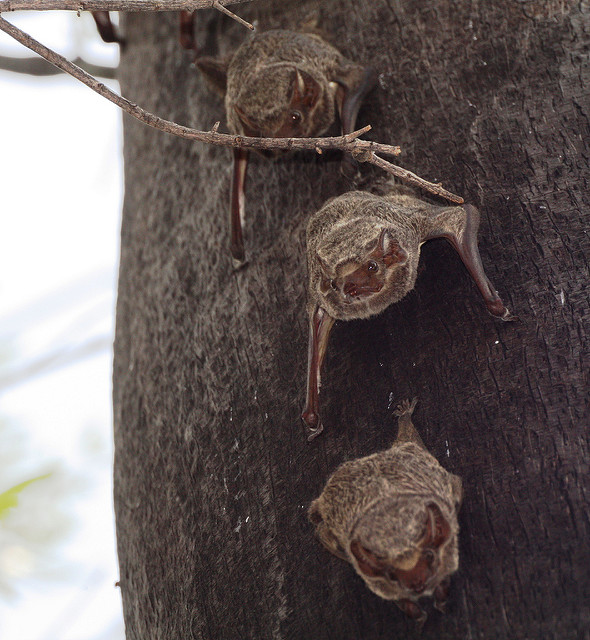 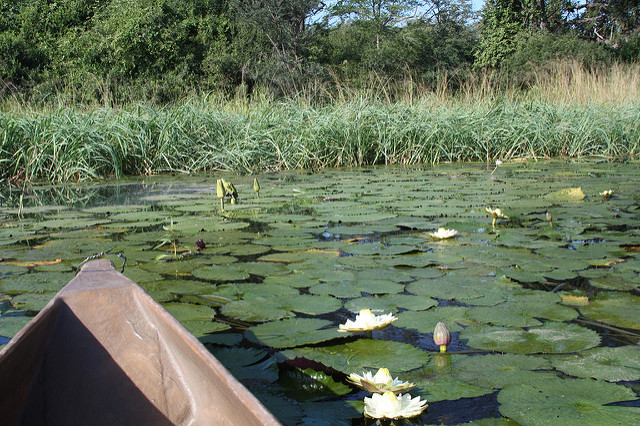 Being the rainy season - only saw buffalo, hippo and crocs but plenty of birds and other small creatures. 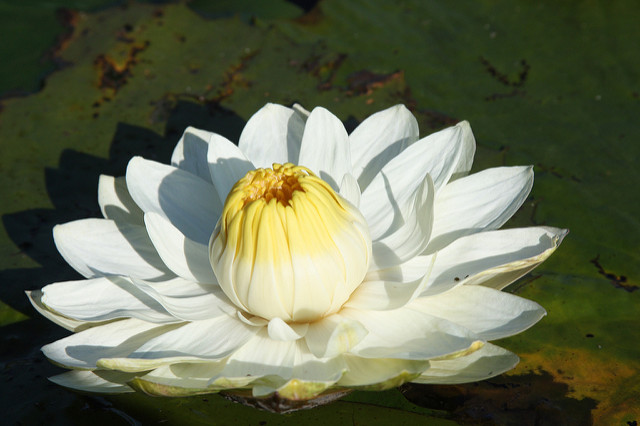 Great shots all, I think that poor cat must have been drowned as he looks very very wet, Lets me think of Namutoni when a lion jumped into the camp at the water look out

He was just as old as that one as we saw him the prev day at the fishers pan. We left and then heard he took a liking to the camp and jumped in. -O -O -O I can just think of the panic it caused

I like the 2nd lion and last lily - great shots
Top

I can imagine the panic it caused. Would have been good for a few "candid camera" shots.
makes me think of my sister and myself desperately needing a loo in the middle of no-where in Botswana and we walked off the road for a bit of privacy and decided we were far enough away from the car when we realised there was a pride of about eight lion lying under the trees not 10 meters from where we had decided was a secluded spot! Needless to say we backed off very slowly and quietly deciding privacy wasn't all that important!! :oops:
Top

Bushveld Jock wrote:You can visit Etosha by motorhome or caravan. Two of the camps, Namutoni on the east and Okaukuejo on the west can be reach on tar. The road connecting these two camps is gravel and in a good condition being graded frequently. The smaller roads might be rougher, special at areas which had lots of rain in the summer, but on those roads you are not allowed to drive while towing.

In the middle is Halali camp situated further away from the pan near a rocky outcrop.

Campsite can be dusty at Okaukuejo and Halali, while you will get grassed and shady campsites at Namutoni. Best campsite is Namutoni and best waterhole Okaukuejo. There are waterholes at all camps, but Okaukuejo's one is the best for photography. At Halali the waterhole is far below the lookout and further away from the camp.

We visited Etosha in June 2010 during the soccer world cup and were lucky to score a 50 % discount. The reservation numbers were a bit of a nightmare, but in the end we had no problems convincing the office we did pay in full. They changed from on system to another. I booked through NWR Cape Town office.
Website: http://www.nwr.com.na
Email: ct.bookings@nwr.com.na

:D Also all camp sites are numbered and they check them every night. If anyone breaks the rules they have no problem in fining them as what happened when people went off road to see Cheetah. South Africa was playing soccer during the world cup at the time and they left immediately on reporting it to go and investigate. I also saw them sitting at water holes and if anyone decided to get half out the car the ranger sorted that out immediately. What a pleasure.
Top


Lisbeth wrote: I would love to go to the Okavanga Delta, but it is terribly expensive

No it's not Lis. I lead 2 groups per year into the Okavango. One of the village headmen is a buddy of mine. He organises the Mokoros and polers and off we go. sleeping on various islands (tents), game walks etc. If you don't mind the tenting part, you'd love it. last year in was a group of Hollanders, I'll look for some pics and post in another thread.
Top

moggiedog wrote:With such awesome pics - I am embarrassed to post :D

Come on moggiedog please post, those of mine are not that great.

Thanks all for the comments.

I believe they have opend the west side of the park also ,only if you stay in a lodge - camp in that area ,then you hva access to the west side. It fall's under the park as well the camp

Here is the web site .I see they don't say anything about camping or I did not see any. Maybe I need glasses.

Whilst the majority of visitors to Namibia's Etosha National Park congregate in the east of the park, which skirts the edges of the beautiful moon-like expanse of the Etosha Pan, the West of the park offers a very different but equally unique experience.

The secluded and scenic western section of Etosha, which takes up about a quarter of the park's 22 000km2, was previously closed off to the general public and still remains largely untouched by tourists.

This region is greener and hillier than most of the rest of the park, offering incredible views from the higher points, but is still home to all the park's most popular species. Successful breeding programmes of the critically-endangered black rhino have been carried out here and sightings of this rare and magnificent creature are becoming more common in the area.

The equally rare black-faced impala is found exclusively in the west of the park, as is the Hartmann mountain zebra.

There are fifteen waterholes in the west of the park, both natural and manmade. Many of the waterholes offer great opportunities for viewing lions drinking at the water’s edge and both white rhino and more reserved black rhino are also most often seen at these waterholes. Still relatively unaccustomed to human contact, many of the animals will seem a little surprised to see you and can be a little skittish, but this is more than compensated for by the chances of spotting big game with no one else around.

Dolomite Camp is scattered across the top of a hillock amongst a spiky outcrop of ancient Dolomite rocks, hence the camp’s name.

From the camp there are stunning and expansive vistas across the plains and saline pans below, where large herds of zebra, giraffe and antelope graze peacefully side by side, seemingly blissfully unaware that they are being watched.

The Dolomeitpunt waterhole is also situated just below the hillock.

You can either explore the area in your own vehicles, or guided morning and night-time game drives are also available from the camp. The night-time game drives offer a unique bucket list experience and are well worth the fee, with much of the harder to spot wildlife becoming more active and intrepid under the cover of darkness.

Dolomite Camp is the smallest and most exclusive of Etosha’s camps, with a mere 20 chalets (17 bush chalets and 3 luxury chalets which have their own plunge pools) spread out across the hills. All the chalets consist of elevated wooden decks with high and handsome ceilings, canvas walls, thatched roofs, and fully retractable doors to enhance the jaw-dropping views all the way across the plains to the shimmering green and white of the Etosha Pan beyond. With plenty of distance between all the chalets, privacy certainly isn’t an issue either.

The chalets and the main restaurant and reception area are interlinked by snaking and sometimes treacherous narrow wooden walkways that weave between the rocks and intersect the mopane, moringa and savannah woodland that characterize this part of the park. There are signs and plaques around the camp that offer more information about this surrounding flora and vegetation.

The main reception area has an intimate 40-seater a la carte restaurant serving an array of international favourites as well as local bush tucker. There is also a swanky and well-stocked cocktail bar and an infinity pool with day beds and two roaring fireplaces on the deck around it. There can be few better places in the world to enjoy a few poolside sundowners and then indulge in nighttime bush tales.

The camp is entirely unfenced and open to the elements, and at night guests must be escorted to and from their rooms by golf buggy for their safety; each chalet has a phone to call for transport when necessary. Whether this is primarily for protection against the unlikely occurrence of a wild animal attack or more to prevent anyone from falling off the tricky walkways on their way home after a few too many cocktails remains to be seen.

The camp’s service, though eager, remains a little ‘rocky’ at times (excuse the pun), though considerably better than many of the park’s older camps and lodges, and the walkways can indeed be an issue, even for the golf buggies and their zealous drivers. However, the sheer atmosphere and wildness of the place comfortably eclipse any slight hiccups in the smoothness of the service.

A Rich History and Unique Experience

You will certainly not find many camps anywhere on the African continent that feel more in harmony with the natural environment around them. In fact, it almost feels as though Dolomite, as quiet, unobtrusive and unadulterated as it is, is an inherent part of that environment, and of this historic region in which it finds itself.

Some of that history can be seen engraved in the dolomite rocks around the chalets in the form of ancient rock art. Many wandering San Bushmen used to pass through this part of the country and the engravings and drawings they left behind them here, mostly depicting the wild animals they held sacred, are sometimes tens of thousands of years old.

Overall, Dolomite offers a once in a lifetime safari experience, both for first time visitors to Etosha and those who have visited the more populated parts of the park to the East. Chances are that having made it up the hillock and the tricky walkways at the end of a long day of game driving to watch the sunset over the plains from your private deck, you won't feel like leaving anytime soon.
Sometimes it’s not until you don’t see what you want to see, that you truly open your eyes.
Top
31 posts