Mlilwane, Swaziland’s pioneer conservation area, is a beautiful, secluded sanctuary situated in Swaziland’s “Valley of Heaven”, the Ezulwini Valley, in between Mbabane and Manzini. From the western boundary, the huge Usutu Forest provides a dramatic backdrop stretching into the distant hills.

The Sanctuary covers 4,560 hectares and comprises of a southern and northern section. The southern section is predominately open grassland plains with middleveld vegetation, stretching up onto the striking Nyonyane Mountain with its exposed granite peak known as the "Rock of Execution". Nyonyane is where ancient San once lived and where Swazi Royal graves are situated giving historical significance. Behind these mountains, the stunning Mantenga waterfall and beautiful Usushwana Valley form the divide, before stretching up to northern section, which includes one of the highest surrounding points at Luphohlo. Tourist activities are concentrated in the southern section, with only guided trails entering the pristine mountains of the north.

Mlilwane means Little Fire, being derived from the numerous fires started by lightning strikes on the Mlilwane Hill. Many a colourful tale can be told about the Reilly Family, with special relevance to the early pioneer Mickey Reilly, whose family still manages and lives on the Sanctuary. Mlilwane is Swaziland's oldest protected area, owned and managed by a non-profit making trust. Mlilwane serves as a headquarters for the Big Game Parks including Mlilwane’s sister reserves Hlane and Mkhaya. Formerly a productive mixed farming operation, with extensive tin mining in the low foothills of the Nyonyane Mountains, the Sanctuary has been rehabilitated and is now Swaziland's most frequently visited reserve where one can enjoy the beauty of the surroundings and the abundant wildlife that grace the plains.

Visitors can explore the southern portion of the Sanctuary by foot, vehicle, on horseback and on mountain bikes. Those who simply want to relax can sit back in the camps and enjoy the tranquility of Nature. 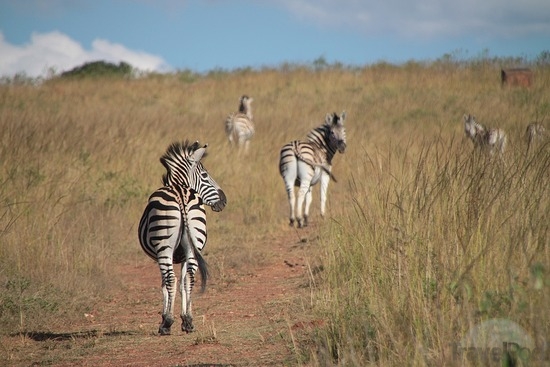 The variety of game viewing activities on offer and the intimacy of wildlife interactions can provide hours of pleasure. Mlilwane Wildlife Sanctuary has an extensive network of self-guided walking trails. Open Landrover drives, horse trails, mountain biking and guided walking trails can also be arranged from the activity centre in the reception area. 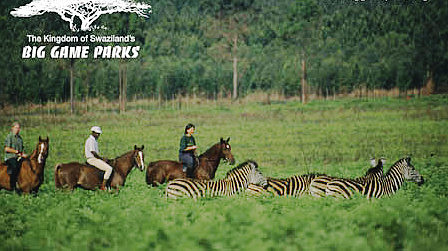 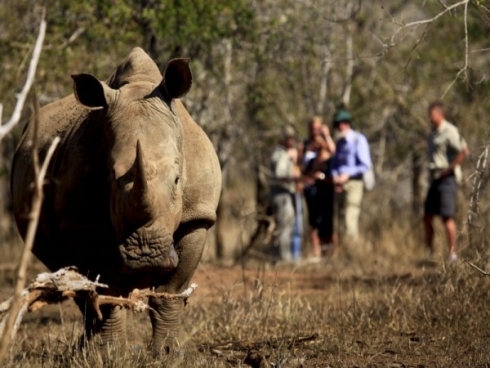 The reserve is covered by a network of roads for self-drive game viewing. Most roads are navigable by two-wheel drive, though there are a number of 4x4 tracks for adventurous drivers. Various viewpoints can be reached with good views of the surrounding countryside.

The Mlilwane Rest Camp is found in the southern corner of the reserve, in the midst of a well-matured rehabilitated area. Tall indigenous trees, all grown from seed, now tower over the camp overlooking an artificially created wetland system, which is home to hippopotamus, crocodile and a variety of water birds including infrequent visiting fish eagles. The camp is unfenced, yet relatively safe as only smaller species of wildlife occur in the Sanctuary. Warning is given to camp patrons to be aware of hippo during the evenings, though this has not been a major concern during the camp's 40-year history. The camp is tranquil and relaxing with a continual stream of animals such as impala, warthog and nyala – ostrich too, walking between the facilities quietly tolerant of human presence.

There is a semi-circle of 8 rustic Rest Camp huts around the central rest camp area, all consisting of a single room with an en-suite bathroom. The first six are wooden and thatch huts and the last two are Swazi Style grass beehives. 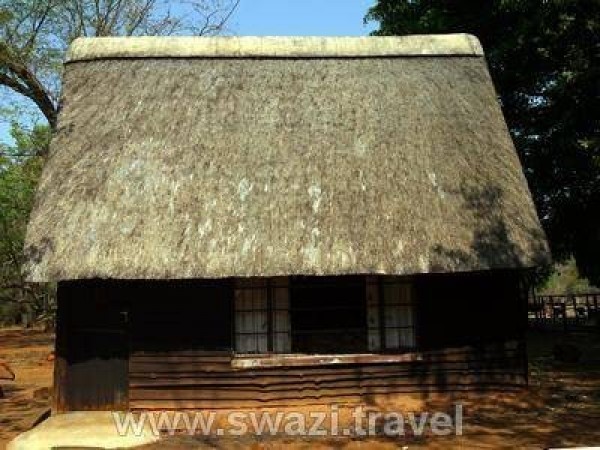 Situated in the Mlilwane Rest Camp, overlooking the Mhlambanyatsi River, is the Shonalanga Cottage. Self catering and suitable for a large family group with its own private braai area and not too far from the swimming pool. 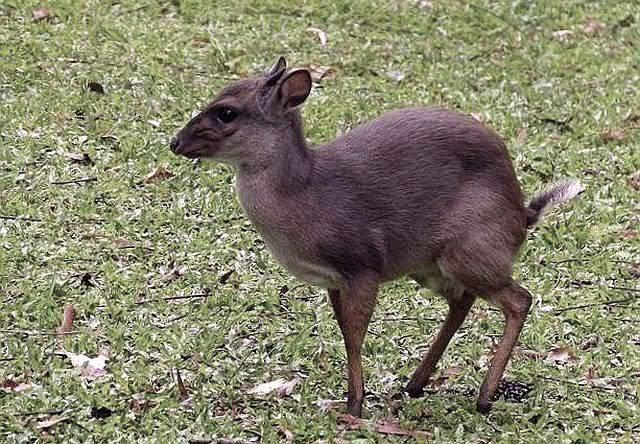 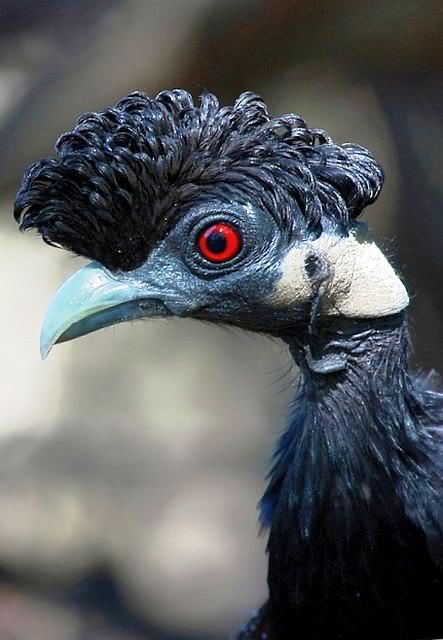 The restaurant at Mlilwane Rest Camp overlooks the Hippo Pool 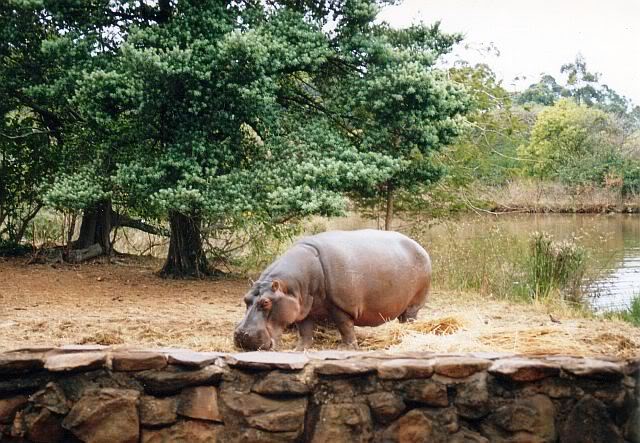 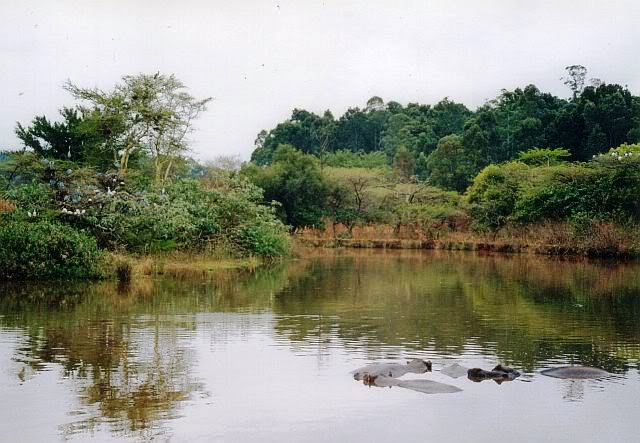 There is breeding program for Roan (Back to Africa Roan Antelope) and Roan antelopes will be reintroduced into their former range in Swaziland. 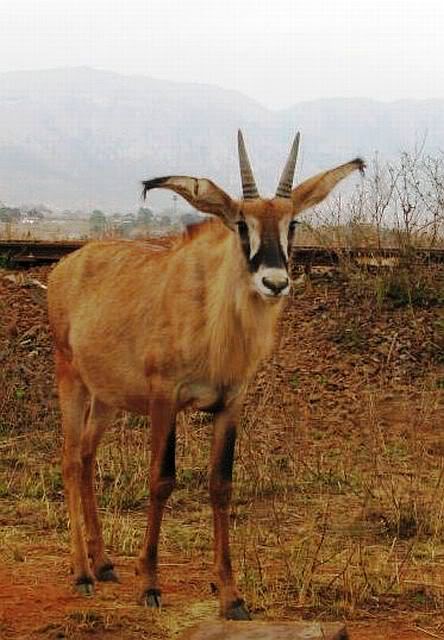