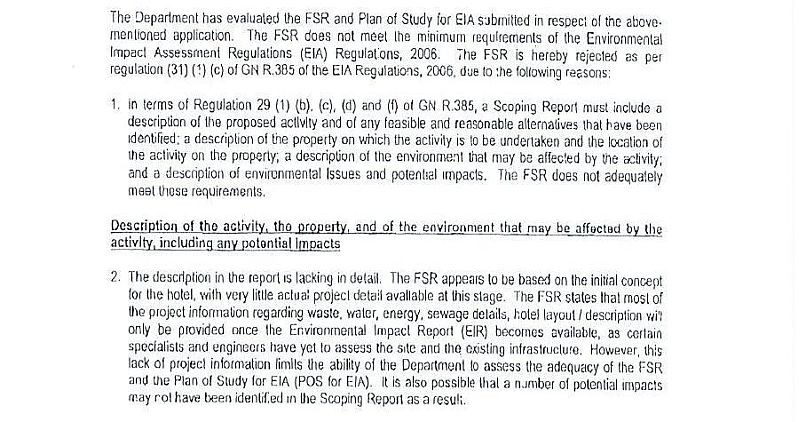 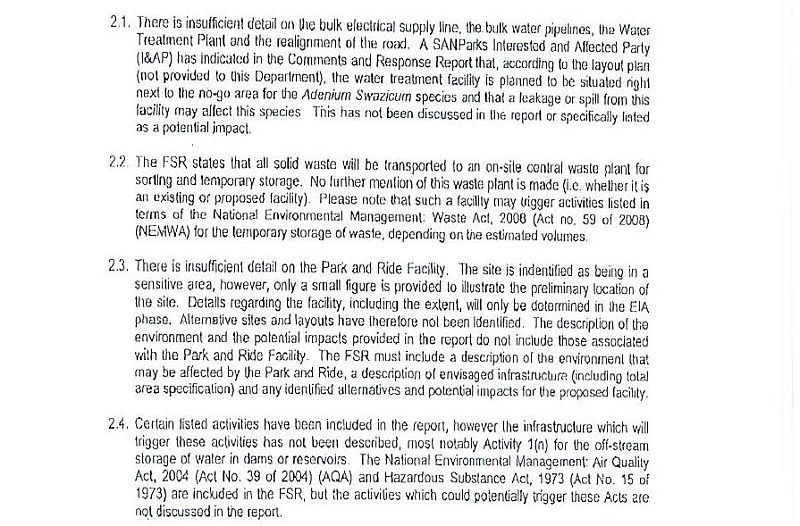 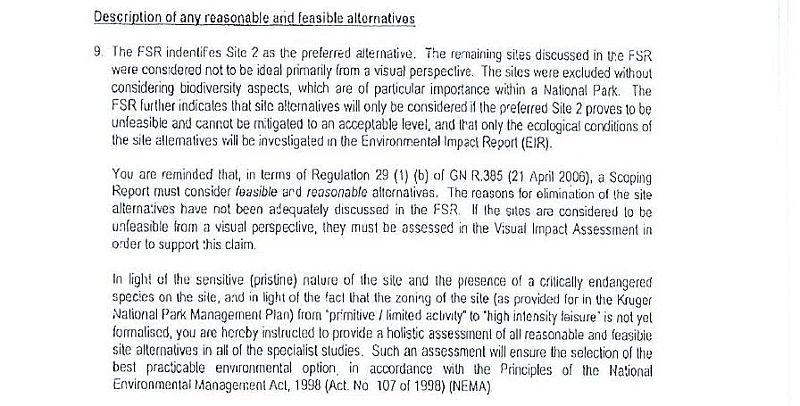 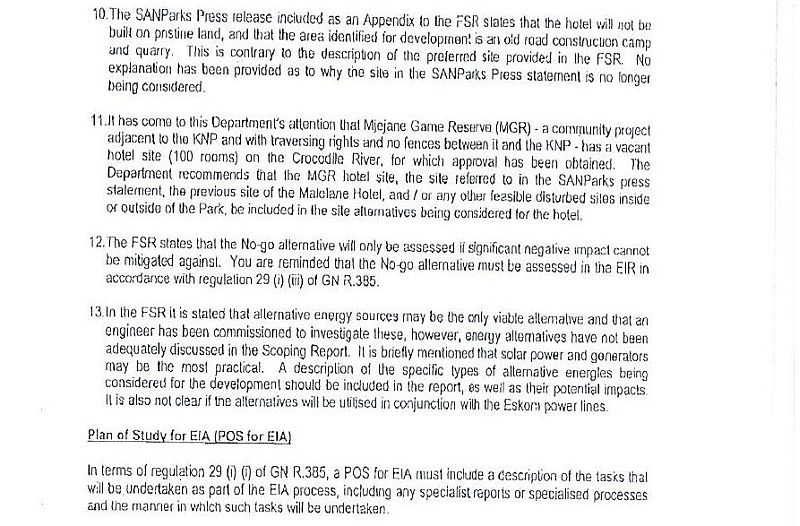 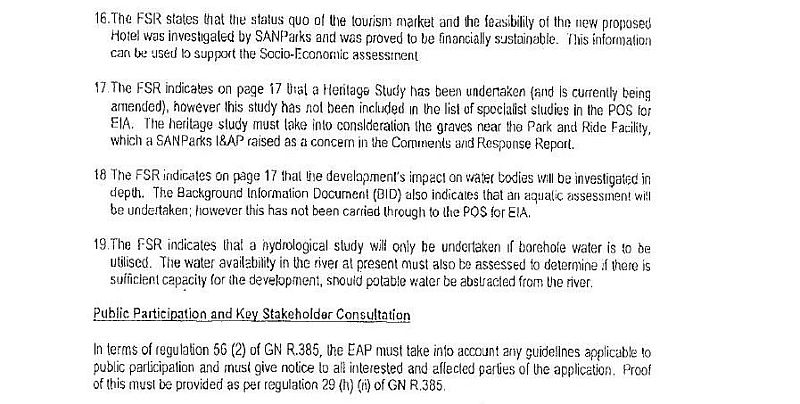 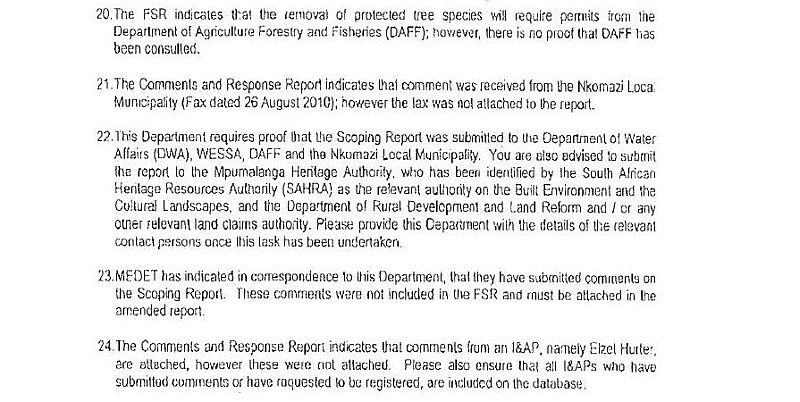 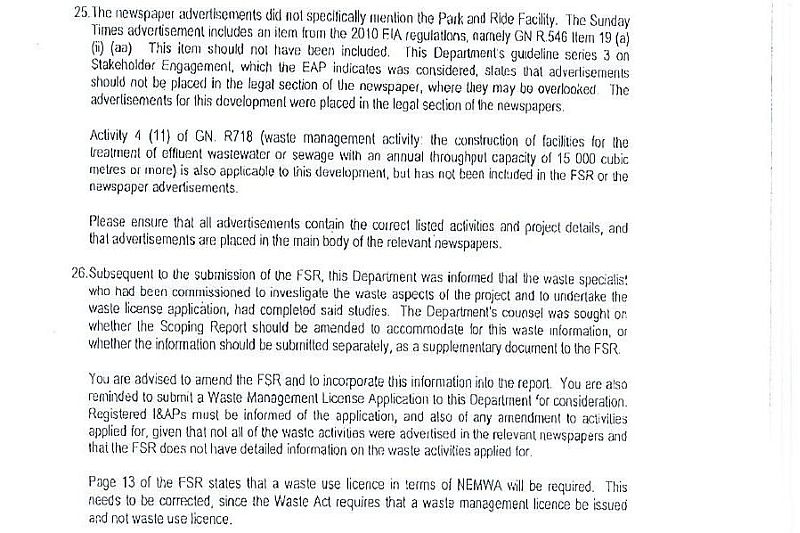 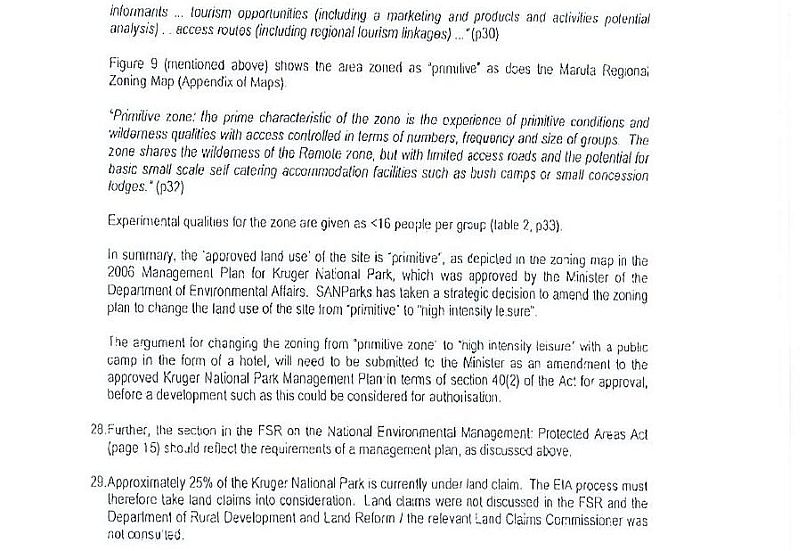 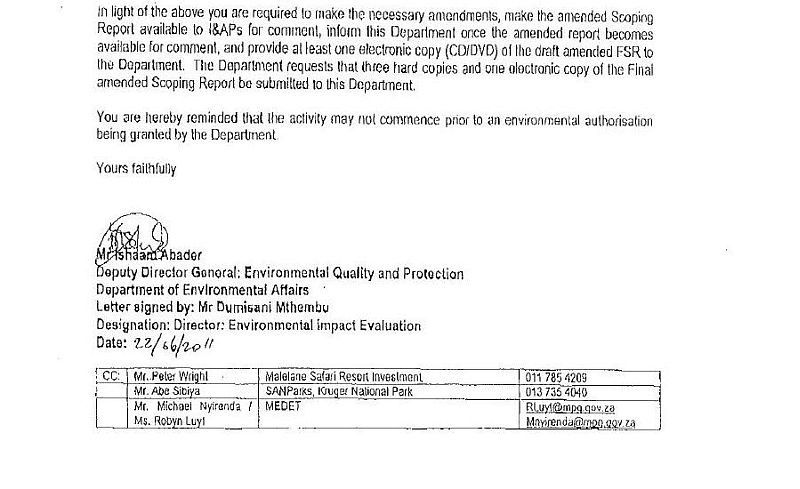 Lisbeth wrote:It is a very interesting and informative document and with a content that suprises for its accuracy and objectivity

I definitely advise everybody to read it closely

You will all be questioned on the content next week end

Wild Dreamer wrote:Good grief, just read the report and am astonished. Quite something to at least have some breathing space for a while!

dup wrote:Somebody asked what are they(SanParks) going to do now. That's where person v/d Riet and his blog is coming into play. They call it stage setting(toneel skikking.)

dup wrote:So that's why they appoint the "A-Team"!
That dokument according to some remarks from the side line , ment that the proses is delayed anoter 10-12 months.
The same people also say, this whole circus is going to end in court .

dup wrote:So that's why they appoint the "A-Team"!
That dokument according to some remarks from the side line , ment that the proses is delayed anoter 10-12 months.
The same people also say, this whole circus is going to end in court .

Jumbo wrote:Over the weekend, I’m planning to do a write-up for News24 about how the public is being sidestepped with the decisions regarding the hotel development. (and I hope it gets published) .
Any ideas on what should be included? It need to be short and to the point.
I suppose one can refer to the handling of the issue on their forum, as well as their non-responsiveness to concerns and questions raised on their Facebook page…. :?

BTW, I also now an official member of the Ban-ban club

….and have asked that my username gets deactivated.

Lisbeth wrote:Congratulations Jumbo, finally they got the excuse that they have been hoping for -O -O

There is also the points that all our questions on the hotels were never answered and the few answers that arrived had nothing to do with the questions posed. (But I suppose this is included when you talk about questions on Facebook)

The arrogance towards all those who have a proper opinion, not corrisponding with that of Sanparks.

Hey Jumbo, you don't do things half way

I am afraid I have only repeated what you have said yourself. From what I have seen up till now, you are sure to find both the arguments and the words

If it gets accepted, remember to post a link x0x

On the defensive once again :roll: Nobody said they were responsable, we only posted the letter.

Richprins wrote:Regarding Sanparks response to the letter, it is absolute rubbish!

There are many veiled and not so veiled references to Sanparks misbehaviour prior to and irrelevant to the EIA process:

- Lack of consultation re. Land Claims

- Rezoning of the Utilisation Status of the area

- Deliberate hiding of advertisement in Legal section of Sunday Times

- Omission of the Park and ride aspect

- Reference to proper tourism density studies before the decision

The real kicker is the reference to Mdedjane, which is actually the logical and pre-approved spot for such an enterprise! Hence the recent Land Claims and Community involvement backpedalling from Sanparks. In other words, the Malelane hotel is stepping on the toes of DEA, Land Affairs and other Govt. Departments, and the tone of the letter suggests they will have none of it!

Not that they are angels in their own right...just don't want to give up any share of the financial and political pie to Kruger!!!

The letter is VERY significant indeed, and I repeat that Sanparks management are not politicians, and have a lot to learn regarding squeezing money!

dup wrote:Input; regarding news or article's of interest,

a. They want to start a high risk specialist tourist "point" while hotels and guest houses over South-Africa is closing down.Not to mention the occupancy of the present available lodges in the Kruger Park.
b. They claim that there is or was public participation , but this is done just as a paper exercise. This is clearly illustrated how the Q&A was handled and other aspects.What I am saying is that there was a process but it was not to get answers but to support the decision and the decision was already made to built.(Lisbeth point also in this direction.)

Bushcraft wrote:The bulk of the information on the hotel related subject is already available, but the lack of response from S...... can be enforced by throwing in all the other ignored non hotel issues also and some of these issues may gain interest from those that are pro hotels.