Discussions and information on all Southern African Birds
1724 posts

Lovely sequence Flutterby.
Faith is the bird that feels the light while the dawn is still dark. Author unknown.
Top 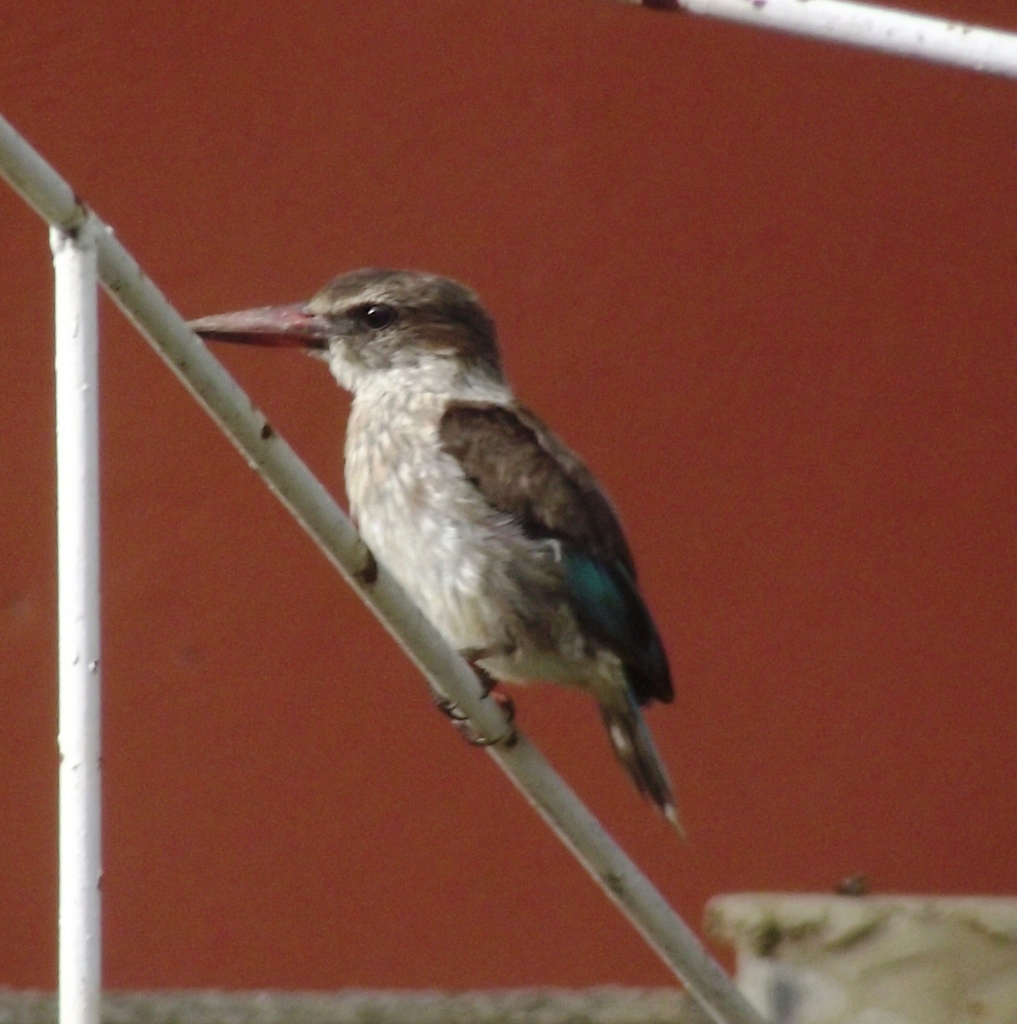 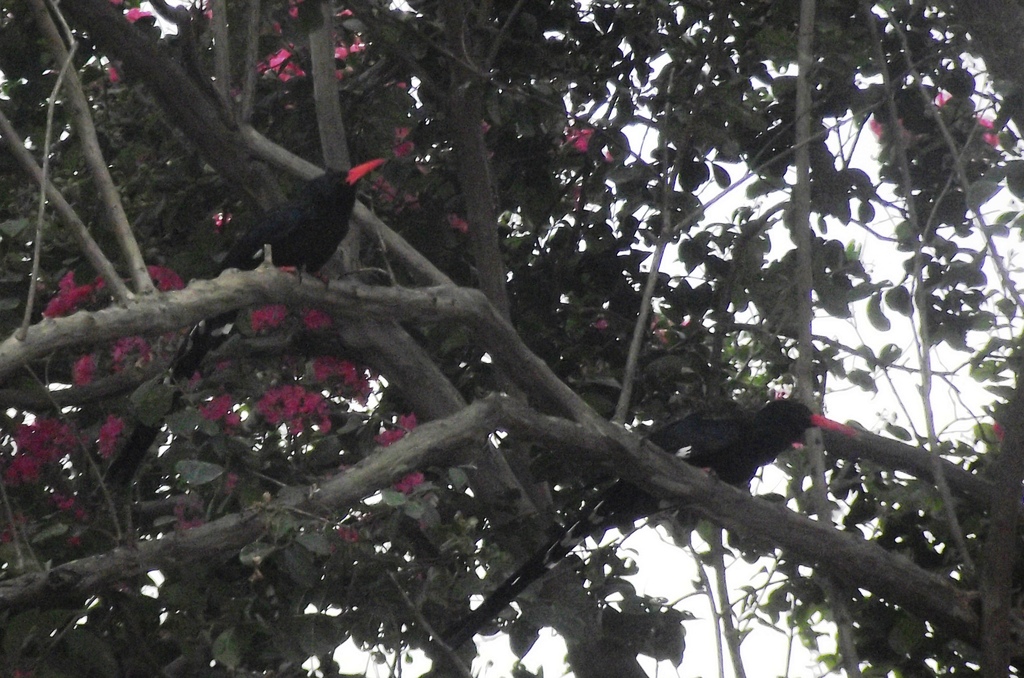 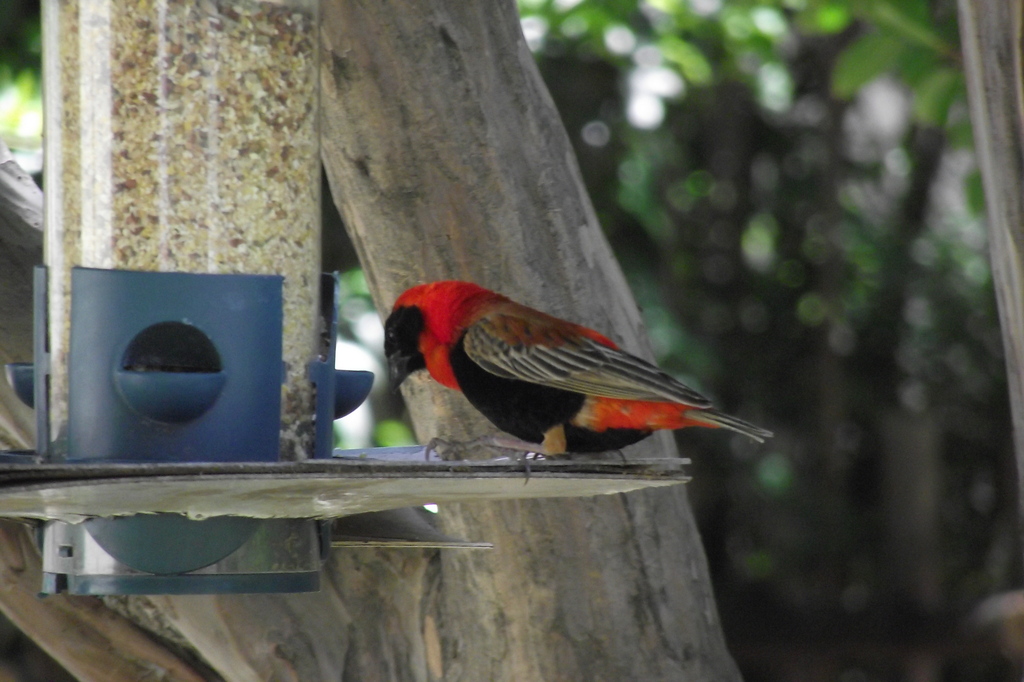 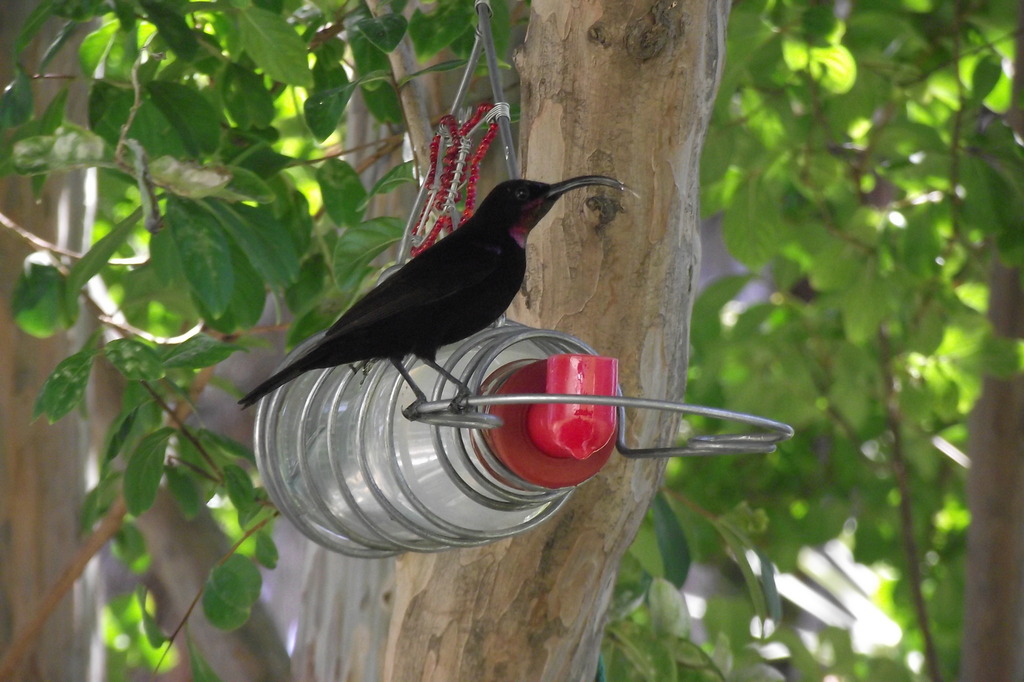 You have some extraordinary birds in the garden

You have some lovely birds in your garden.

Can I come birding at your place?

We recently had the wonderful experience of a pair of Tambourine Doves nesting in our garden.

They were heard calling any time of the day and this carried on for upwards of a month and then my wife, Lettie, spotted the two of them perching where they later-on built their nest. ( From this time on, all calling stopped.)

A few days later when we looked, a nest was constructed and the male would sit during the days and round-about sunset the female would take over until sunrise the next day.

Once we were lucky to look at the time of shift change to see the two eggs.

Soon the small chicks of approx 3 - 5 days old were visible and later-on when the chicks were too large to be covered by a parent they would be clearly visible until eventually their demand for food forced the parents to leave them alone for a while to go foraging.

They were growing quite fast and we realized they will be leaving the nest within a day or so when Lettie noticed being very active and possibly disturbed. She asked me to get a camera for a last few photos and after a few minutes the camera was mounted on a tripod and as I swung the camera onto them - disaster !

A large boomslang was in the nest ! We rushed out to chase the snake off and he just kept lingering in the tree, once actually returning to the nest.

The chicks were no where to be seen and as they were quite large we expected them to show as swellings in the snakes body, but there were none.

The snake lingered on in the tree and later we totally lost track of him.

We searched the garden but found no baby doves.

Reading up on boomslang feeding habits we learned that they will grab prey and hold them with their fangs embedded until the prey dies before swallowing it - so the babies does not seem to have been eaten but, what happened to them we will never know.

Following are a few photos of the doves nesting :- 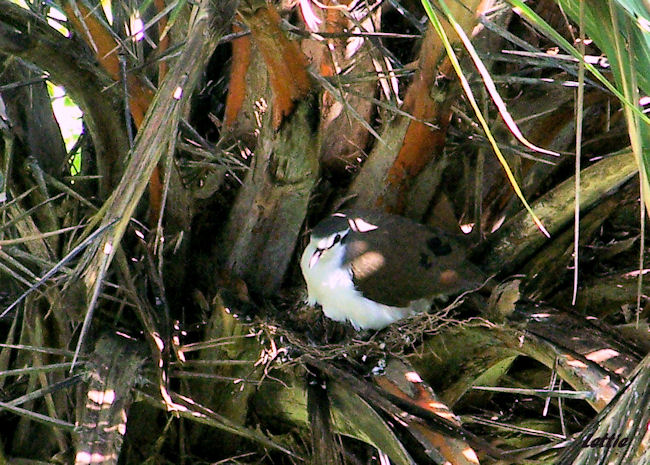 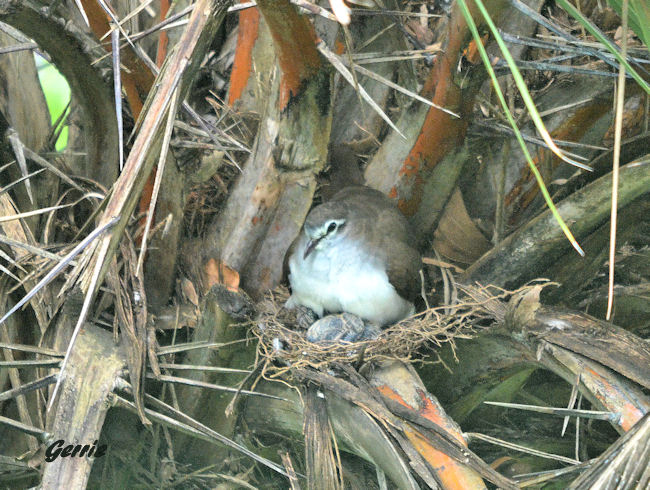 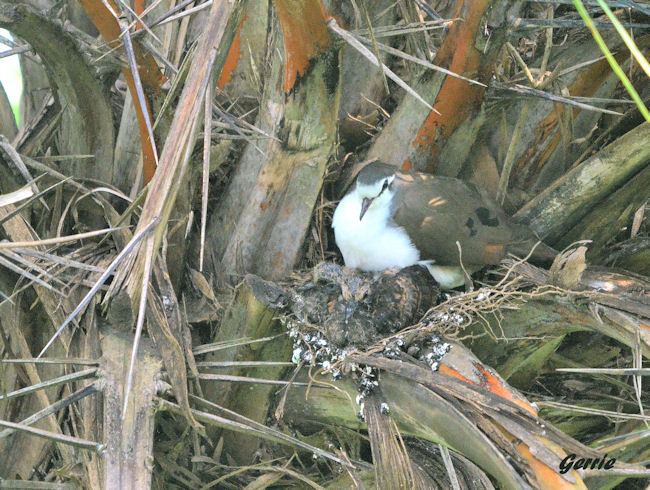 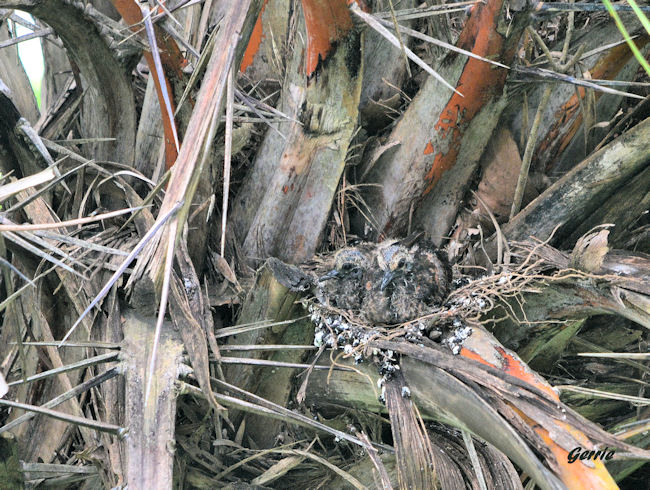