Information & Discussion on the Camps of Kruger
87 posts 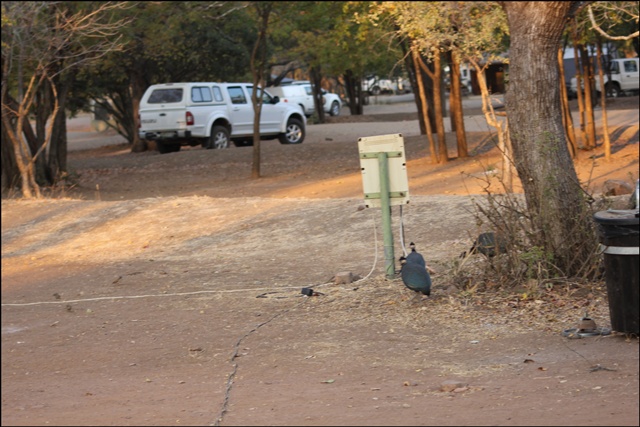 Joep Stevens on facebook: Kruger National Park History
Punda Maria is scenically located at the foot of Dimbo Hill, named after a Venda man called Dimbone. Keep in mind that for many years prior to the Camp being established, Shikokololo was an overnight station used for miners recruited for the Gauteng gold mines through the Teba (The Employment Bureau of Africa) station at Pafuri. In the early 1900's there was no motorised transport and miners were taken on foot all the way from Pafuri to Soekmekaar (north east of Polokwane) where they travelled further by train.
Punda Maria is a favourite with many due to its location and setting. The larger area around Punda Maria has a very rich history.
Officially Punda Maria was established under that name in 1919, as named by newly appointed ranger Capt JJ (Kat) Coetzer. The name originates from Kiswahili "Punda Milia" meaning "Striped donkey", as there was a zebra when he arrived here. Second part of name "Maria" named after his wife.
Prior to 1919 the place was called Shikokololo. named after a local Chief, who lived next to the fountain with same name. Cecil Barnard, called Bvenkenya by local Tsonga people, met him in 1910 and tried to grow veggies and crops there but had an ongoing battle with animals. He had created formidable a thorn fence to counter this problem. Some of you might recall the large Jackal Berry (Diospyros mespiliformis) on the right as one entered the gate. Next to it was a fountain, which I believe was Shikokololo fount

Ranger Izak Botha took over ranger duties in April 1930 and speedily commenced to establish tourist facilities at Punda Maria. initially these were tented and in 1931 he commenced with the hartebeest style bungalows that are still in use today. The structure was of Lebombo Ironwood (Androstachys johnsonii) poles with mud walls which were white-washed and had large eves to protect walls from water.

Some might recall the old road down the hill near the main buildings. In the early Park years, there was no proper gate at Punda Maria Gate and guests used to register at the camp, get the permit, pay and move along. There used to be a separate approach road that was not linked to Park road network so those wishing to enter had to go through the camp. The road then exited the camp where the camp gate is now.


Many will remember the previous family cottages! It was quite a nice simple but practical design!

In 2004 the Punda Maria tents were completed and proved to be of one of the better designs for tents in the Park. 10 years on, they are in need of some refurbishment!


We continue down the Punda Maria road and Mike Boshoff has already made mention of the Mafourteens, who were people arrested for crossing through the Park and had to do fourteen days labour. This comprehensive network of stoned terraces are the fruits of their hard labour - a real bit of heritage that should be protected at all cost.

My brother, not a member, is having a whale of a time there....

Leopard and lion on nightdrive, 4 cheetah near Klopperfontein Dam yesterday, what turned out to be a double Impala kill, and two leopard near camp this morning!

The camp looking down from the shop to the gate 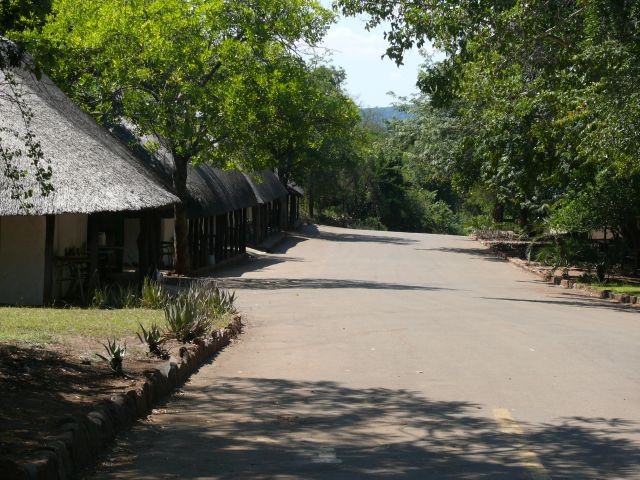 This from leachy just now:

Wish I was there!

Return to “Camps of Kruger”