Information & Discussion on the Hides & Picnic Spots in Kruger
104 posts

Wonder why we never put this up... 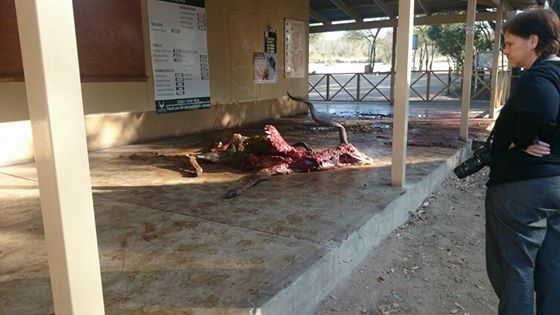 GRAPHIC IMAGES: Kudu caught on Afsaal’s veranda
Blood and guts greeted staff and tourists on the veranda this morning.
September 26, 2015
The carcass of the kudu bull which was found on the veranda of Afsaal this morning. Images: Latest Sightings Kruger

SKUKUZA – Visitors to the Kruger National Park (KNP) were shocked to see the carcass of a kudu bull on the veranda of Afsaal rest spot on Saturday morning.

The carcass was gnawed and skinned.

According to Latest Sightings Kruger’s Facebook page, the carcass was discovered on the veranda around 6:30 on Saturday morning.


“By the looks of the marks on the veranda and the trails of blood, it seems as if the kill happened on the veranda,” said Mr Terry Plessis of Latest Sightings Kruger. “However, we don’t know what caught the kudu bull. It might have been lions which killed it and the kill may have been taken over by a pack of wild dogs. It is difficult to say.”
Guts and blood strewn across the veranda floor.

Guts and blood strewn across the veranda floor.

Plessis explained that the carcass was skinned and gnawed, like wild dogs usually do. Guts and blood were strewn across the veranda floor.

Mr Grant Smith from Endangered Species South Africa suspect wild dogs might have made the kill, which was then taken over by a cackle of hyenas.
Tracks made in blood were found all over the scene.

Tracks made in blood were found all over the scene.

“There were blood marks on the veranda and it looked like the carcass was dragged from one side of the veranda to the other. We cannot really say.”

Mr William Mabasa, spokesman for the KNP, has not yet been informed about the incident.

Looks like hyenas have been scavenging in the picnic spot by day lately!

I'm sure it was up under the News for a while.

There was a big debate on FB about this with some people claiming that this was not done by animals.

Hyena still there in the late afternoons, BTW! 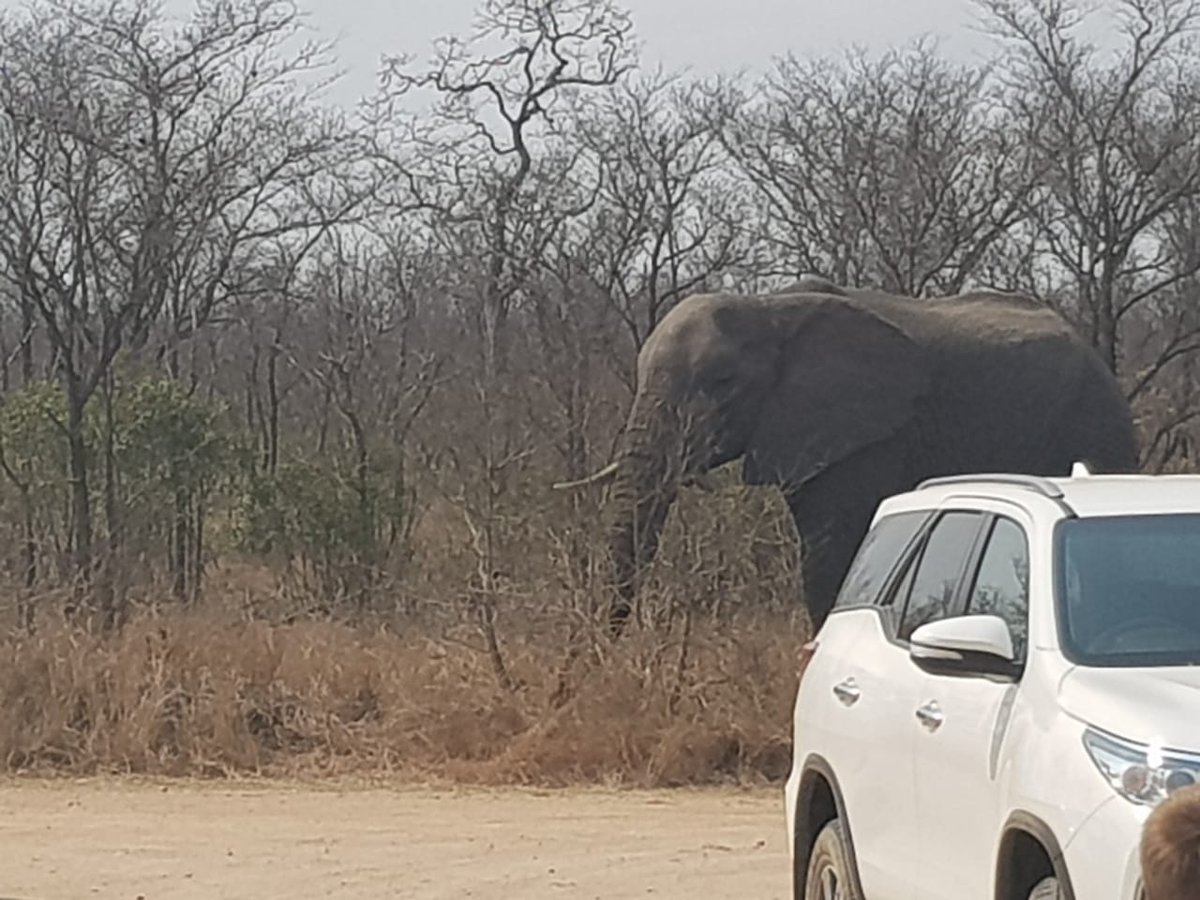 Getting a bit ridiculous now...try and avoid around brunch/lunchtime on a weekend or school holiday! 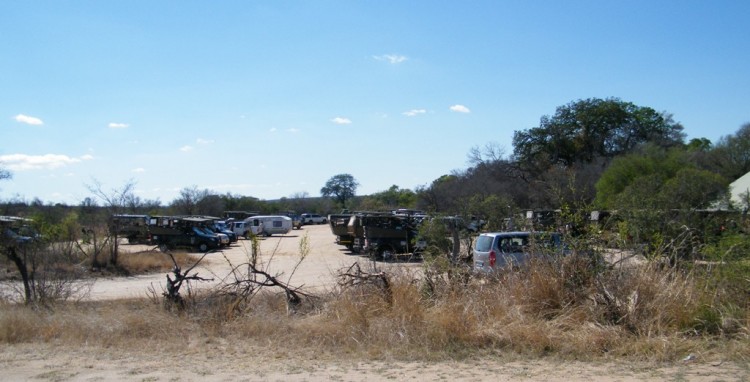 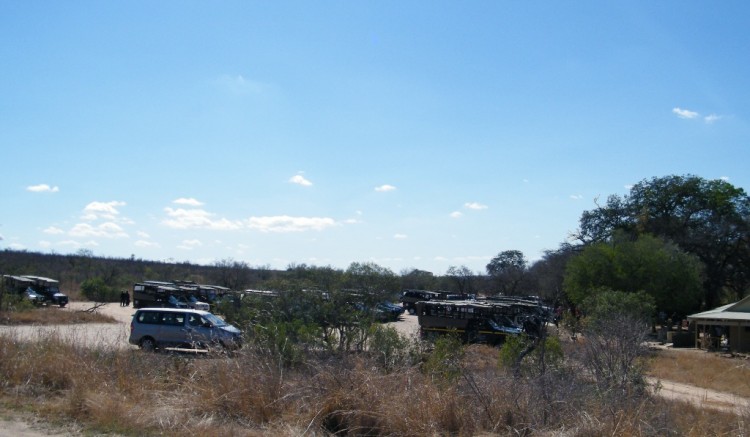 At a quick first sight, I thought that it was Lower Sabie