Information & Discussion on the Hides & Picnic Spots in Kruger
104 posts

Community in two minds about Afsaal upgrade
The thought of a spa in the bush is currently dividing enthusiasts in two almost hostile camps.
21 hours ago

But the thought of a spa in the bush is currently dividing enthusiasts in two almost hostile camps. 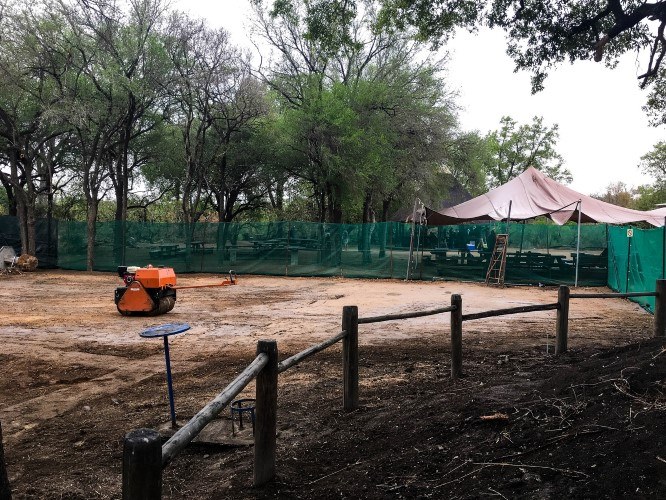 Tindlovu Management Services recently announced a makeover in three phases after taking over the management of this popular picnic spot in 2016. The first, to be completed soon, would comprise the creation of Tindlovu Express which will offer fast food and Tindlovu’s famous coffee.

The curio shop will also be given a fresh look and be stocked with new items. Temporary facilities will be available while renovations are under way.

The second phase would include the construction of a restaurant and the third, a spa. “Think how relaxed you will feel after being pampered in an environment that in itself is balm for the soul,” the announcement promised.

Also planned for this stage, to be completed in the latter part of 2019, is an overnight hide and guided walks. “Afsaal will have the look and feel of a timeless African lodge, modelled on Tindlovu’s latest restaurant, which has become a favourite in Mbombela since recently opening at i’langa Mall,” the promise continues.

Other Tindlovu restaurants in the KNP; at Punda Maria, Shingwedzi, Mopani, Letaba, Olifants, Satara and Berg-en-Dal; are supposed to follow suit, according to Jo-Anne White, the founder of Tindlovu Management Services.

But not everybody is as excited as White. On social media, people reacted emotionally towards both sides. Some were worried that the Kruger would become a resort, feeling that there were enough places outside the park where people could enjoy spa treatments and children could utilise play areas.

Others were mainly concerned about possible noise. “Kruger is supposed to be quiet and peaceful for those who enjoy nature,” they said. “It is a reserve, not a resort and increased traffic and noise would not be good for game viewing.”

Some accused those against the plans of selfishness and suggested the option of choice. “Whether you like change or not, be it for the better or worse, you can choose to ignore and pass it,” was one’s advice. “You either stop at Afsaal, or you pass,” another wrote.

One felt that catering for kids who have spent a few hours in a car was a good idea and that a spa would have no noise impact. “Moreover, income generated from the spa could be put to improving the park and other facilities, making it more attractive to families with little children.”

Suggestions were also made to rather replace the spa with a wildlife education centre, to benefit both children and adults.

The more clear-minded pleaded for written submissions to Tindlovu customer care, since they have promised to take all concerns into account.

Pieter Malan of Tindlovu customer care commented, saying the company understands customers’ concern about some of the proposed changes and promised that the renovations would neither remove the bush experience, nor the wilderness. “The spa will be separated from the picnic spot and kept simple, offering only holistic treatments and nothing cosmetic,” he said. “We respect nature and wildlife in all we do.”

He said correct procedures are followed to ensure that renovations would not hinder the environment and ensured guests that the skottel braais, picnic and public areas will remain available. It would only be refreshed due to wear and tear. Public areas would also sport increased seating capacity.

He reiterated that the proposed play area and spa were not part of this phase of the renovations and that all concerns raised were sent to their architect, development team, SANParks and Tindlovu CEO’s office. “Every concern will be readdressed before the commencing of those features,” he promised, emphasising their wish to complement the bush experience with extra features for all to enjoy.

He invites objectors to contact them on 013-750-2207 during office hours or at customercare@tindlovu.co.za.
Please check Needs Attention pre-booking: https://africawild-forum.com/viewtopic.php?f=322&t=596
Top

We will deffinatly not stop there again

“Moreover, income generated from the spa could be put to improving the park and other facilities, making it more attractive to families with little children.”

The income goes to Tindlovu, not to Sanparks

IMO they should also leave out the restaurant

The children can go and play on the highway

“Moreover, income generated from the spa could be put to improving the park and other facilities, making it more attractive to families with little children.”

The income goes to Tindlovu, not to Sanparks

IMO they should also leave out the restaurant

The children can go and play on the highway

Tindlovu pays a hefty rental fee to SP every month, I'm sure, Lis. Normally it's that or a percentage of profit, whichever is the higher figure.

I know that, RP and so all the other places that are not run by Sanparks, but I do not think that whatever is paid by Tindlovu will be used specifically for something and certainly not for playgrounds....I hope

It is not swimming, it's just fooling around

Afsaal Picnic Site – the reasons behind the upgrade

The recent refurbishment of Afsaal Picnic Site has sparked concerns among some nature lovers. Is Kruger becoming too commercial? 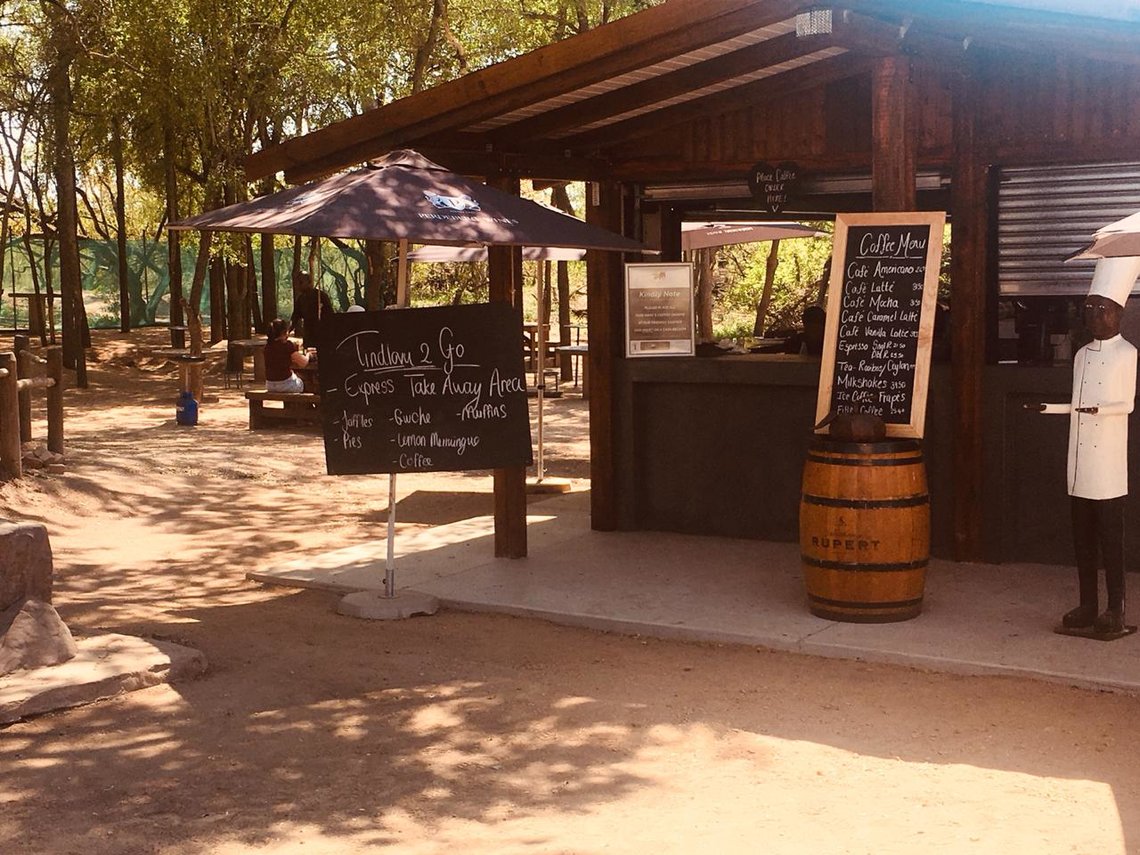 Following the recent renovations, Afsaal Picnic Site is looking clean and fresh, but still in keeping with Kruger’s feel.

As one of the Kruger National Park’s most popular rest stops, Afsaal was in need of a little TLC. The picnic site was opened in April 1984 as a stopover on the long 64km stretch between Malelane Gate and Skukuza. Since then, the number of visitors have greatly increased and the kitchen and dining areas needed to be refurbished.

The upgrade, which was revealed in December 2018, includes a new takeaway counter, expanded coffee options, shaded seating and a revamped curio shop. The refurbishment provides hungry and weary travellers with a vastly improved offering, but not all Kruger fans are in support.

The main concern raised is about the commercialisation of the park (Afsaal, which was operated by the park when it first opened, is now managed by Tindlovu).

A case for going commercial

Conservation is a costly business and currently SANParks must draw on a variety of funding sources – such as tourism income and donations – to fulfil its mandate. In 2000, SANParks adopted the Commercialisation Strategy as an essential building block to help sustain its work. If one source of funding is threatened, SANParks must be able to absorb such withdrawal without compromising its sustainability.

Currently SANParks receives only 15% of its funding from Government and the organisation has to generate the balance. Just five of the 19 national parks make enough to cover their own operational costs: Addo, Augrabies, Kgalagadi, Kruger and Table Mountain. The surplus goes toward the upkeep of the other parks, which are important areas from a biodiversity perspective.

The Commercialisation Strategy has been enormously successful and has yielded 50 Public-Private Partnerships with infrastructure developments worth over R755 million, a total revenue of R1,060 million as at 31 March 2018 and 2,016 permanent jobs. PPPs cover a large range of products including five-star lodges, well-managed restaurant and retail facilities, Skukuza Airport in the Kruger National Park, numerous activities across national parks and facilities such as the Skukuza Spa and Table Mountain Aerial Cableway product, all enhancing the experience of visitors to national parks.

The Skukuza AM Spa Kruger is one of the successful commercialisation products. The spa offers restorative treatments in a down-to-earth setting. Picture by Sabie Botha

SANParks takes a responsible approach to tourism and commercialisation to avoid compromising the biodiversity mandate. In 2012, a 20-year Responsible Tourism Strategy for SANParks was drafted and approved. This ensures that the principles and standards of Responsible Tourism are adhered to during the development of tourism (including commercial) and support infrastructure.

Concessions in South African national parks are strictly monitored and an independent control officer is appointed for each development to ensure compliance to SANParks’ environmental guidelines. The Kruger National Park is strictly zoned to outline areas where development can take place, as well as the scale thereof. Appointed operators have to obtain the required environmental authorisation before any plans may be implemented.

In a statement, Pieter Malan of operator Tindlovu reiterated that procedures have been put in place to ensure renovations do not hinder the environment. Park visitors with concerns or queries can email customercare@tindlovu.co.za. “Every concern will be raised and re-addressed before the commencing of the spa and children’s play area,” he avowed.

Where to go for a rustic coffee stop

A little over a month in, the upgrades at Afsaal have won positive reviews. Users on Facebook have posted that “the place looks great… and the toilet facilities are finished and look great”, and that “Afsaal is also the best rest area to stop for breakfast or lunch”. Wild travellers are encouraged to go and see the upgraded picnic site for themselves.

If the latest conveniences are not your thing and you long for something more rustic, the south of Kruger has several other rest stops to consider. James recommends the picnic site close to Pretoriuskop on the H1-1, Mlondozi (north of Lower Sabie), Nlanguleni (northwest of Tshokwane), Muzandzeni (southwest of Satara) and Nwanetsi (east of Satara).

What’s more, the park management plan allows for the development of new picnic sites south of the Sabie River in the near future. These will be non-commercial and rustic, so Kruger lovers can look forward to even more rest stops in future.
"Education is the most powerful weapon which you can use to change the world." Nelson Mandela
The desire for equality must never exceed the demands of knowledge
Top
104 posts