Discussions and information on all Southern African Birds
246 posts

Re: Bird Pics and Descriptions 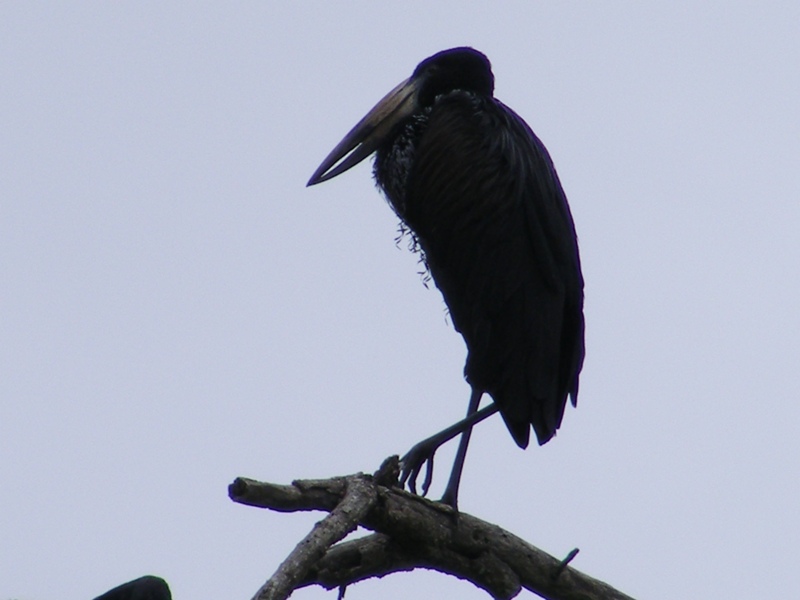 to all the people involved in putting this bird book together. I believe it could become a wonderful online source for those requiring a good reference when trying to identify as-yet-to-be-identified bird pictures. Kudos to you all.

As this initiative moves towards its never-ending conclusion, may I humbly suggest the following potential improvements: I too, have many pictures of birds, some of which still require formal identification. However, I can contribute to the overall expansion of this initiative by providing whichever picture of missing birds I may have in my "piling" system, if only there was an easily available reference to those that are still missing.. Have I missed this list somewhere

Finally, so long as both the pictures and the associated text are here with the permission of the original owners, there is no reason why this "Reference Library" could not be made available to the broader public over the internet, and/or sold in printed form for the benefit of any worthy nature-related cause in the future.

While "membership" to Africa Wild may grow over time, I suspect that the current initiatives by all the MODS and Committee Members could be further exploited and such initiatives can only prove to be a benefit to this community and its growth if further exposure is provided.

I suggest that this and the other reference initiatives be unshackled from the depths of the site and provided for exposure to the internet community. Allow Google to find it and expose it to the world. For example, place a button on the home page that will take a user directly to the reference library..... without any of the usual hoops to jump through. This stuff is gooooood .... share it with all that want it.

There is a well known saying... "if you build it, they will come" .... but that only holds true if people know that it is there. Take it out of the depths of a blog site, expose it to the broader internet community and Google WILL find it. Google will then provide the exposure to the millions that are looking for such reference material online.

Wow, thanks for those words of encouragement and thought Grumpy.

I will not attempt to answer all or in fact any of your questions right now. I think it is time for us to make a combined decision and take it from there, as to how we will make this more accessible to the general public.

Sometimes it’s not until you don’t see what you want to see, that you truly open your eyes.
Top

Great suggestions coming from you

but a lot of work involved

-O
God put me on earth to accomplish a certain amount of things. Right now I'm so far behind that I'll never die.
Top

Those are kind words and very encouraging...

Toko will direct you to the list of outstanding birds on the AW challenges you thread,
and will that be exciting to see your pile of birds.

I had actually meant to do post the link when replying, but forgot.

Link to the missing birds
God put me on earth to accomplish a certain amount of things. Right now I'm so far behind that I'll never die.
Top

Excellent stuff Grumpy. I have been wanting to change our web front page for a while now, but unfortunately a few other pressing matters have kept me away from it. It is one of those things that you can't leave half done, but has to be started and completed in one go.
Your suggestion of putting direct access to the bird book has given me a good reason to get cracking.

Because it is an Africa Wild community project whereby all members can add to it, the book itself would have to stay within the forum so that everyone has access to add species, but a direct link to the book from the webpage is an excellent idea. There is currently a link on the front page, but it is quite well hidden.
Thanks for that

Man was placed in charge and given the duty of caring for all creation, are we doing it?
Top

I use a simple spreadsheet format to track and record my lifer bird sightings. Have a look at the format and content and see if it can be useful (The content should be). It contains a full list of Southern African Birds, the Roberts VII names, the older and changed Roberts VI names, and provides for a date and place of the sighting. By including a "1" in the column that has the red square, a simple count of the number of birds is displayed.

I further store many of my pictures both online and on my PC, and by using a simple link within the name of the bird, link to the underlying photograph. While I have removed all my personal sightings from the spreadsheet, I include the bare-bones format HERE for anyone that would like to make use of it. By clicking on the first name in the list (BLACK SWAN), this picture will pop up. Note that this is a genuine sighting, in the wild, on Boxing Day, 2011, on the outskirts of Port Elizabeth.

Post wherever, distribute as you like and modify as required. Note, however, that I take no responsibility for the accuracy of content... nor the time you take to populate your own offline sightings.