Elephant captivity under the spotlight at upcoming Cape conference

Until about the 1400s, millions of elephants roamed most of Africa except its arid deserts. Today, most of the few who remain are in designated refuges, owing mostly to the ivory trade.

Many others are in captivity, in zoos and other small, often private enclosures.

In Hermanus on September 6, elephant specialists from around Africa will take part in a conference, Taking Elephants out of the Room, to begin the process of dealing with issues of their captivity, welfare and the ethics of their confinement.

A respected veteran Ambroseli elephant researcher, Dr Joyce Poole, will discuss who elephants are and why they are not suited for captivity.

The conference follows the Geneva meeting of the Convention on International Trade in Endangered Species of Wild Fauna and Flora (Cites), which ended on August 28 where the trade in live elephants and ivory sparked off furious debate.

In an historic victory for elephants, a two-thirds majority of member parties voted elephants may not be removed from their wild habitats except under exceptional circumstances.

Extracting elephants from the wild for human pleasure in zoos was now internationally unacceptable, according to the agreement.

Elephants are in crisis with at least 20 000 being illegally killed each year for their ivory. On average around 55 elephants are poached every day in Africa - that is roughly one every 26 minutes.

The Cites Congress was petitioned by renowned conservationist Jane Goodall as well as celebrities such as Ricky Gervais, Judi Dench, Brigette Bardot, Pamela Anderson, Joanna Lumley and Bryan Adams to uphold the ban on the capture of wild baby African elephants for export to zoos and circuses.

A "hidden" statistic is the number of elephants being kept in small enclosures or used for elephant-back rides, a practice that requires using leg chains and sharp bull-hooks.

Topics under discussion at the Hermanus conference will be the importance of neuroscience in elephant conservation; the capture and sale of young elephants in Zimbabwe; the way in which elephants are financially exploited; the state of zoos; the myth of "acceptable destinations" for translocated elephants; problems with sustainable use; welfare and stress in captivity and elephants' importance in nature.

The aim will be to create a framework within which to assess the "imprisonment" of captive elephants and to set standards for their ethical treatment.
"Education is the most powerful weapon which you can use to change the world." Nelson Mandela
The desire for equality must never exceed the demands of knowledge
Top 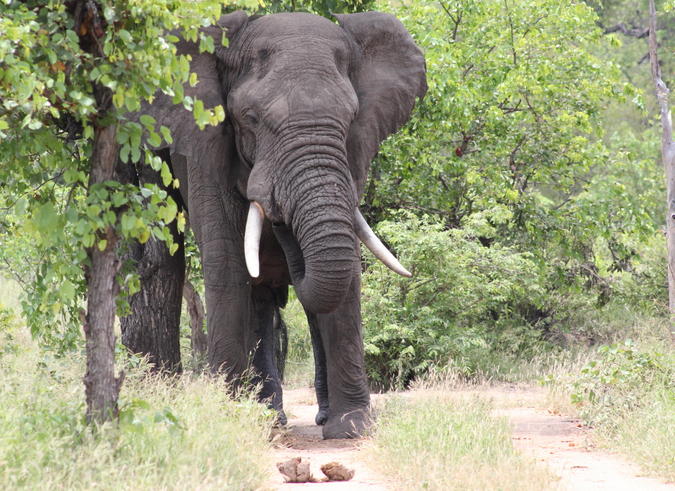 Written and photos by Mike Cadman

Neglected and inadequate fencing has cost nine elephants their lives at the embattled Songimvelo Nature Reserve (SNR) in Mpumalanga, South Africa, after authorities shot two groups of the animals in March and April this year because they had left the reserve and were feeding in communal lands nearby.

Mpumalanga Tourism and Parks Agency (MTPA) says that their staff regularly try to repair the fences but admit the fences are still “inadequate” to control elephants. Local residents and visitors to the area say the boundary fence has been in state of disrepair for years and remains so.

“That fence is down, down, down, it is rotten, and in some places even a human can walk through it,” Douglas Nkosi, the chairman of the Songimvelo Community Property Association said. “The elephants go where they want to and it is easy to understand that farmers get angry when they lose their entire crop in one night.” 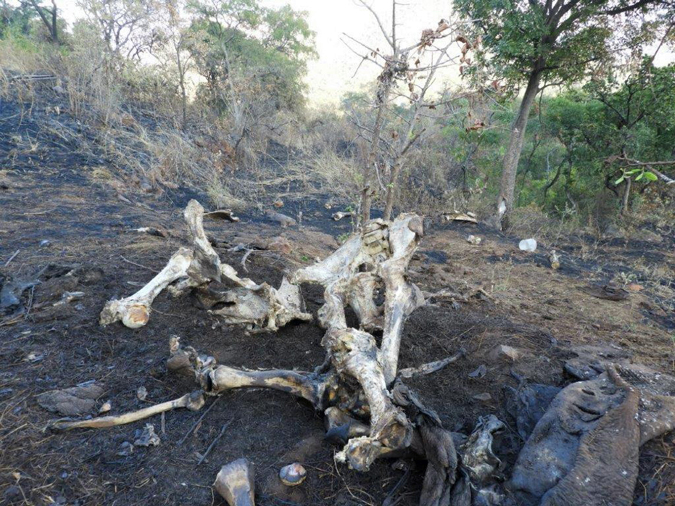 Some the remains of the elephants that were shot © Mike Cadman

MTPA said that the last elephant census at SNR was done in 2014 (estimated 105 elephants in the 49,000 hectare reserve, the largest provincial park in Mpumalanga), but they estimate that the population has now grown to 138.

MTPA said that the decision to shoot the elephants was taken after efforts to encourage them to return to the park had failed. The authorities kept the tusks, and the meat was donated to local residents.

“The MTPA is constantly faced with challenges of elephants breaking fences at night and crossing the main road from Badplaas to Msauli village. This has posed serious risk to pedestrians, infrastructure and road traffic in the area and also affected the crops on the farms opposite the road from the reserve,” the MTPA said. “When elephants breach the fences, MTPA staff are dispatched to fix the fences. They are, however, not in an adequate condition to contain the elephants”.

Wildlife enthusiasts Marie Jean Butler and Dirk Venter said they have visited the Songimvelo area six times since 2017, and that large sections of the perimeter fence had been in a state of disrepair on every occasion.

“We are very disappointed that such consistent neglect could have cost these elephants their lives,” Butler said. “There is so much that could be done in the area and this reserve should be a tourism gem.” 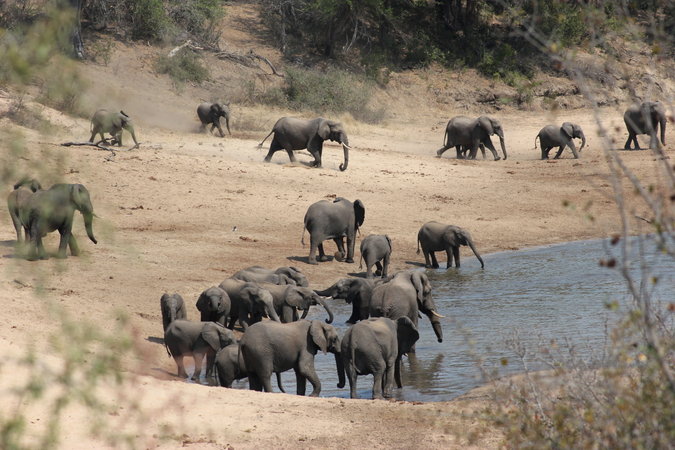 The MTPA said that local residents had become so irritated with losing crops to the elephants that “over time, the community actions and blockading of roads to the reserve became a risk to tourists”.

Nkosi said that while residents had staged protests demanding that something be done about the poor state of the fences, they were also protesting due to frustrations related to land claims, the failure by authorities to deliver on tourism development plans and service delivery issues.

“People are very unhappy, but it is all part of the problem that the authorities have not kept their promises about running Songimvelo properly, developing tourism opportunities or creating jobs,” Nkosi said. “When the officials present their integrated management plan everyone loves it but then nothing happens. Our pleas for development falls on deaf ears.”

Various unsettled land claims have been made against parts of the reserve, large numbers of cattle graze within the reserve (in some areas by agreement with local communities), and subsistence poaching is common. In 2010 it was reported that most of the rhinos in SNR had been killed by poachers.

Will Pieters, a tourism specialist in Songimvelo and in various other parts of South Africa said that while the SNR had experienced serious difficulties there was still much that can be achieved.

“There is enormous goodwill amongst many of the role players here,” Pieters, a director of the Rakanda Goodwill Foundation, which works in the area, said. “With sufficient funding and skills development many of the tourism development goals can be achieved.”

“The fencing issue is one of many, and the shooting of the elephants is something that was avoidable but we believe that things can be changed for the better.” 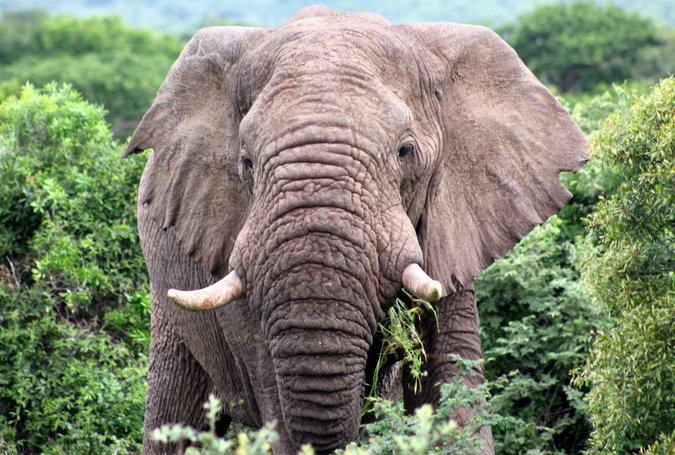 Elephant in a reserve in South Africa
© Mike Cadman

Mike Cadman has worked as a print journalist and television news producer for various international media organisations for more than 37 years. He has also compiled reports for a wide range of environmental and wildlife NGOs. He is the author of five books on a variety of subjects including wildlife rehabilitation, the modern history of South Africa’s Mapungubwe National Park (co-authored with Dr Mark Berry) and travel. He has also written a compendium of education books aimed at 11-12 year old children who do not have easy access to the internet.
"Education is the most powerful weapon which you can use to change the world." Nelson Mandela
The desire for equality must never exceed the demands of knowledge
Top

The two were arrested by members of the Hawks’ Wildlife Trafficking Unit in conjunction with members of the Nelspruit SAPS Crime Intelligence on Wednesday.
4 hours ago

According to Capt Dineo Lucy Sekgotodi, information was received of two individuals who were allegedly in possession of elephant tusks.

The joint team immediately acted on the information and conducted a search and seizure operation at the suspects’ premises which resulted in the confiscation of six elephant tusks and five illegal firearms which were concealed inside a trailer.

Sekgotodi mentioned in a statement, “Investigations are under way to determine the origin of the tusks and the confiscated firearms to see if they were used in the commission of any crime. Elvis and Cox will appear again in the same court today for a formal bail application.”
Top