The real reasons for decline in tourism arrivals in SA

Advice, information and discussions on travelling in Southern Africa
138 posts 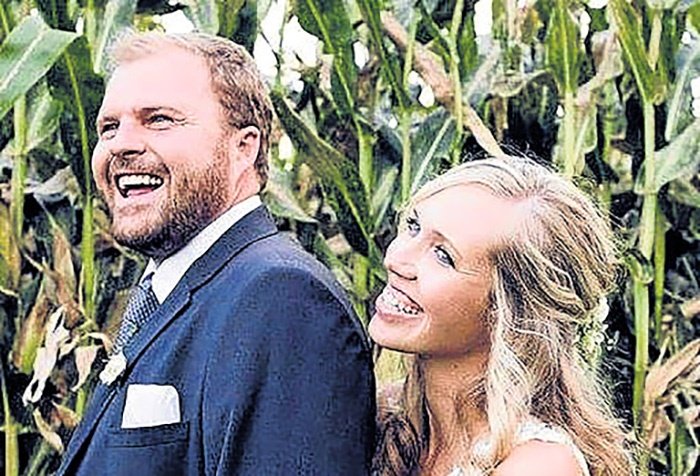 
A man who survived a stabbing at the Hluleka Reserve on the Wild Coast, in which his pregnant wife died, has told a relative that he is able to recall that two men stabbed them while they were in bed, the relative said on Wednesday.

Karen Turner, 33, was killed in the early hours of Tuesday morning and her husband Matthew was stabbed several times in the stomach and rushed to hospital, her older brother Ian Crouch said.

The details of the incident remain uncertain.

However, Crouch told News24 that he managed to speak to Matthew after he came out of surgery at a Pietermaritzburg hospital on Tuesday night.

"His recollection was that he was woken up by being stabbed in the stomach. There was a guy on his side of the bed stabbing him in the stomach and the other chap was stabbing my sister," said Crouch.

"He said he did manage to sort of grab the guy and there was a bit of a tussle down the stairs. After that, he doesn't have any recollection."

Crouch said his sister - who was a locum teacher at Underberg Primary School - had been about three months pregnant and celebrated her birthday on Monday.

He said the couple - with their 23-month-old-son - had been on their way to a wedding and had taken the week off to spend some time together. Their friends were staying in a chalet next door.

"They had arrived there that day. It was a long day and they were shattered."

According to police spokesperson Captain Dineo Koena, the neighbour heard loud noises in the early hours of the morning and went to knock on the door.

"The husband opened the door and he was bleeding. The wife was dead on her back," Koena said.

"There was no sign of forced entry and everything inside the house was upside down. It was not like a robbery because no valuables were taken."

Crouch said they were on the scene before the police.

"It is true, there was no forced entry but the big sliding door off the balcony was open and all the windows were open and on latches. You're in a holiday resort. Anyone could have entered," he said.

"It was an absolute bloodbath. You can see it started upstairs in the bedroom."

He said nothing appeared to have been taken and the couple's cellphones were next to the bed.

The family was trying to establish whether she had left her cooler bag with medicine at home or whether that was potentially taken.

"My sister was very down to earth, very grounded. They had just moved into a new house on the farm which they had done up together," said Crouch.

Police said there were no suspects at this stage.

Koena said the husband was still in ICU.

"He (the husband) is the only person who will lead us to who did this," said Koena.


Eastern Cape Parks and Tourism Agency (ECPTA) CEO Vuyani Dayimani said they were shocked by what had happened and were doing everything in their power to assist with the investigation "as the safety and security of our guests remains a key priority".

The couple had made a booking at the reserve from Monday until Thursday, according to the agency.

Dayimani said they understood how dire this ordeal was for the families affected and sympathised, as emotions ran high while the investigation progressed.

He encouraged members of the public, including staff members, to contact the police if they had any information.

The ECPTA sent its condolences to loved ones of the couple.

*This story has been updated to include ECPTA comment.

It sounds as if they really wanted to kill them

Killing seems to be easy in SA these days. No respect for human life. Civilization has not really arrived yet

To me it seems like killing for the sake of killing...


A Kokstad family who meant to have a week's holiday at the Hluleka Nature Reserve in the Eastern Cape, where Underberg teacher Karen Turner was stabbed to death, has cut their stay short after their spare wheels were stolen.

The family of 28 had booked to stay at the reserve from September 21 to 27.

After a suspected attempted burglary in one of the chalets they had booked, and theft from their vehicles, they were left with no other choice but to abandon the resort.

On Tuesday, the Eastern Cape Parks and Tourism Agency (ECPTA) confirmed the theft of two spare wheels from tourists.

"The ECPTA, throughout all its reserves, has put measures in place, stepped up security and has its rangers patrolling around the clock for maximum efficacy," said its CEO Vuyani Dayimani.

Karen, 31, and her husband Matthew, 33, were staying in chalet number one at the reserve ahead of a friend’s wedding, when they were attacked in the early hours of last Tuesday morning. Karen was stabbed to death and Matthew ended up in ICU at a Pietermaritzburg hospital.

Belinda Bennett, who was with her sisters and brothers, told News24 on Tuesday that her family had booked their holiday long before the attack.

After the gruesome news made headlines, they contacted the resort to ask if guests were safe, and were assured that there were sufficient security measures in place.

However, as various reports made waves about the safety at the resort, including an office gate being tampered with, the family made contact with the reservations office again.

They were allegedly promised 24-hour patrols around the accommodation area, and the family proceeded with its plans and arrived on Saturday, said Bennett.

"We put arrangements in place because we would not have access to chalet one and our group needed [it] and we needed it. They gave us mattresses and we made other arrangements," Bennett said.

She said everything was "normal" and they had a braai on Saturday evening, even though they remained concerned that there was not sufficient lighting outside. Someone patrolled in a Land Cruiser and drove past about three times.

At around 23:30, the family started turning in for the night. As the night progressed, some of them reported hearing sounds outside their chalets.

Bennett said they tried to work out whether there was reason to worry.

"Because we are on such high alert [we asked] are we being paranoid or was there really people walking around?

"My sister, who was in [chalet] number seven, heard her door handle rattle and my brothers in number five and six heard people and actually came out to check. But it is so dark that someone can stand 10 metres away from you and you wouldn't see it," she said.

'We packed up everything'

The next morning, her husband realised that their trailer’s spare wheel was missing. The rest of the family then checked and discovered a spare wheel from one of their vehicles was also missing.

She added that some windows in the chalets had broken handles and others were not able to close properly, which added to their fears about safety.

Bennett said they were concerned because management at the resort allegedly gave them the option of leaving and being refunded if they were not feeling safe.

"We packed up everything without anybody coming to ask [us] anything," she said.

Eastern Cape police said the theft was reported at the Ngqeleni police station. Police spokesperson Dineo Koena confirmed that an investigation was under way.

"ECPTA, along with the private sector, has also ensured that SAPS have increased patrols into the near future," he said.

"While this increase in security is being metered [sic] out, everything is being done to bring the perpetrators of the Hluleka incident to book as the ECPTA and the family members of the victims work closely with law enforcement, and appeal to everyone including ECPTA staff to support the investigation that is under way."

Not good publicity for any tourist place in the Eastern Cape.....and nowhere else for that sake.

How come that I have not read about the murder elsewhere? There are murders every day all over the place, but this one was particularly brutal and without a purpose.....it seems

The murder was publicised, but as you say there are so many every few hours...

It was not in any of the other 4 newspapers that I look through every morning. Maybe many of them are concentrating more on local disasters

I see! Then it is not interesting for the newspapers anymore

"Education is the most powerful weapon which you can use to change the world." Nelson Mandela
The desire for equality must never exceed the demands of knowledge
Top
138 posts

Return to “Travel Advice and Discussions”