Etosha Pan National Park is one of Southern Africa's finest and most important game reserves. Etosha was declared a National Park in 1907 and, covering an area of 22 270 square km, it is home to 114 mammal species, 340 bird species, 110 reptile species, 16 amphibian species and, surprisingly, one species of fish. When it was originally proclaimed at the turn of the century, Etosha National Park consisted of an area of 100,000 square kilometres. This was the largest reserve on earth but in the 1960's political pressure resulted in the Park being reduced to its current size.

Etosha, meaning "Great White Place", is dominated by a massive mineral pan. The pan is part of the Kalahari Basin, the floor of which was formed around 1000 million years ago. The Etosha Pan covers around 25% of the National Park. The pan was originally a lake fed by the Kunene River. However the course of the river changed thousands of years ago and the lake dried up. The pan now is a large dusty depression of salt and dusty clay which fills only if the rains are heavy and even then only holds water for a short time. This temporary water in the Etosha Pan attracts thousands of wading birds including impressive flocks of flamingos. The perennial springs along the edges of the Etosha Pan draw large concentrations of wildlife and birds. 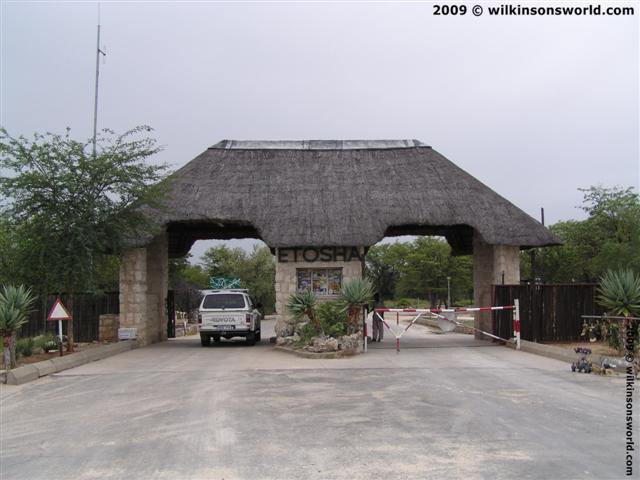 The dominant vegetation in Etosha is Mopane , and it is so widespread in the north-west of Namibia that a region in Owambo is named after it. The western areas of the park support mainly mopane scrub, whereas there are extensive woodlands of tall trees in the southern parts of the Halali area as well as in the camp. One of the most spectacular trees in the park is the African moringa, (Moringa ovalifolia) or ghost tree. There is a specially fenced off area, some 30km west of Okaukuejo, to help preserve this unique tree, known as the haunted forest . This is an unusual habitat for the moringa, as they normally occur on hillsides and they grow in a variety of weird shapes, and as many of the trees have several trunks emerging from a swollen base, they are often mistaken for baobabs, but are not related to them. The second most common species in Etosha is the red bushwillow, (Combretum apiculatum), and is known locally as Kudubusch (German) or koedoebos (Afrikaans), aptly named because kudu and other game species browse the nutritious leaves, whilst rhino consume entire branches and elephant prefer the bark.

The game viewing in Etosha National Park is excellent, the best time being from May to September - the cooler months in Namibia. Visitors to Etosha Game Reserve can expect to see many buck species, elephant, giraffe, rhino and lions. More fortunate visitors will see leopard and cheetah. There is a network of roads linking the three campsites and subsidiary roads lead to various waterholes.

Traditionally visitors to Etosha had a choice of three rest camps - Namutoni, Halali and Okaukuejo. Each camp has tourist facilities such as a restaurant, a shop (selling only basic goods), a motor garage for fuel and basic repairs, and a swimming pool, as well as various grades of accommodation and camping facilities. All three camps have floodlit waterholes, two of which provide excellent night game viewing. Rhino and elephant are often seen at the waterhole at Okaukuejo, while the newer waterhole at Halali is fast attracting more wildlife. However, Namutoni waterhole is disappointing, probably because there are so many other waterholes in the vicinity. 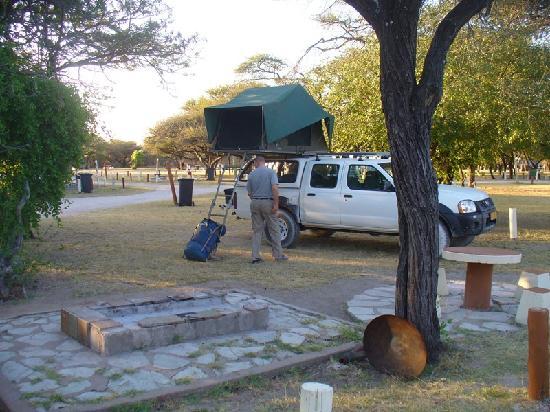 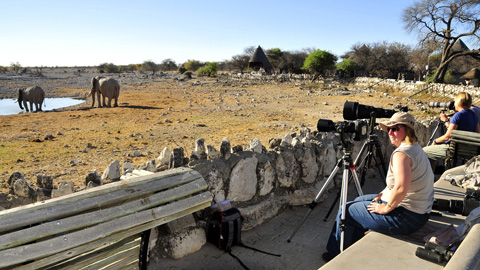 September 2008 heralded the opening of Onkoshi Camp a brand new lodge inside Etosha - this was the first development inside the park in several decades and looks set to offer an environmentally friendly luxury experience.

Accommodation options inside the park where further increased with the opening of the Dolomite Camp in the previously restricted western area of Etosha. 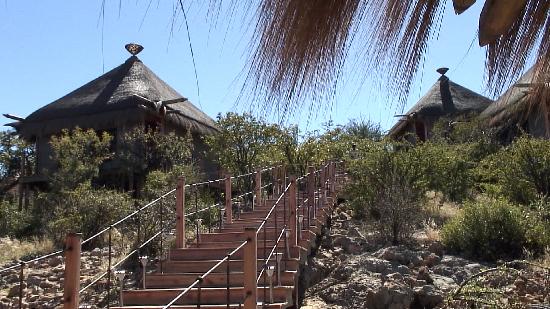 Unlike many other African game reserves, Etosha does not have its own guided safaris. For those wanting a guided experience the options are either staying at one of the private lodges around the park which offer daily game drives, joining a scheduled guided safari to Etosha (usually starting in Windhoek), or custom making a private guided safari through the park.
Top

Okaukuejo, located 17km from the southern entrance of the park, is one of the best wildlife spots. You can sit there all the day and watch the animals. 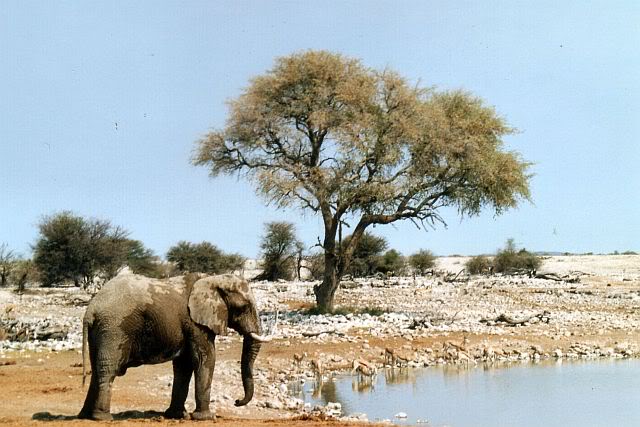 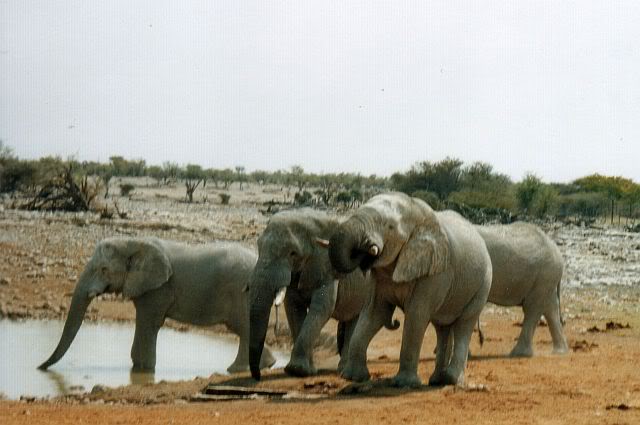 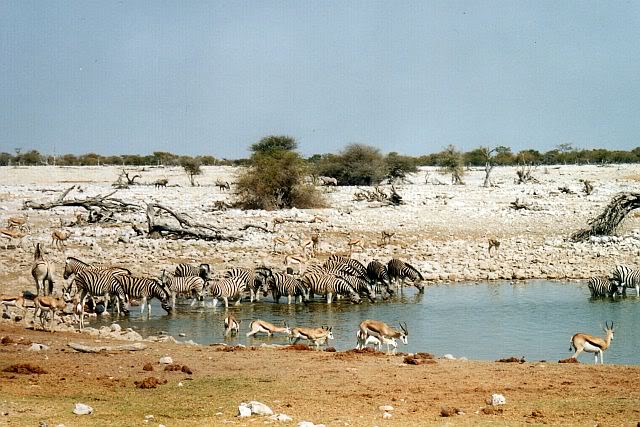 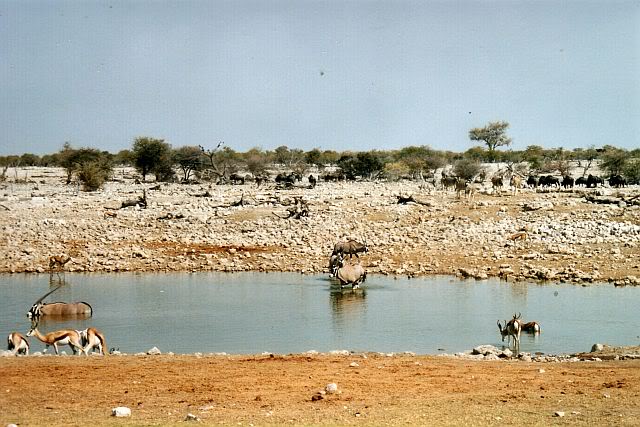 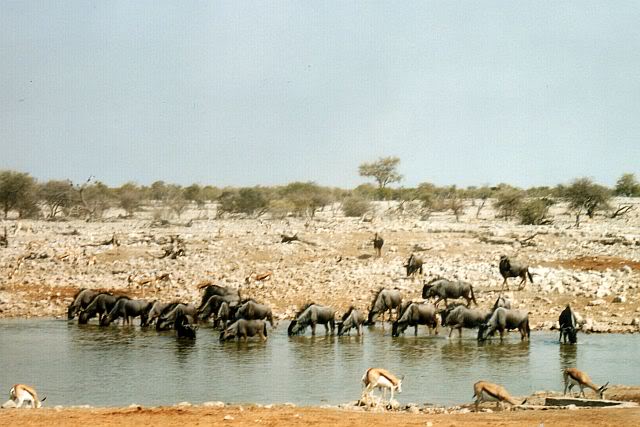 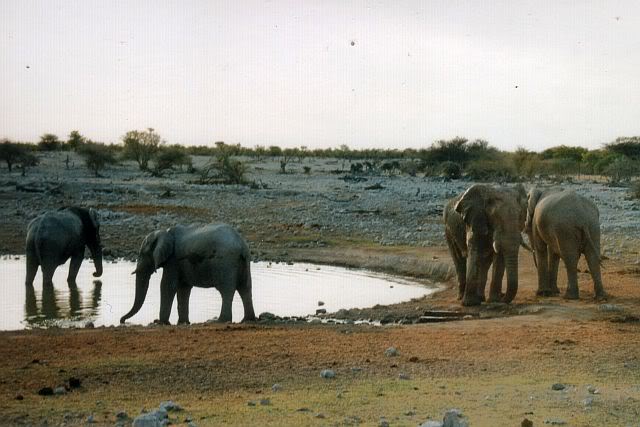 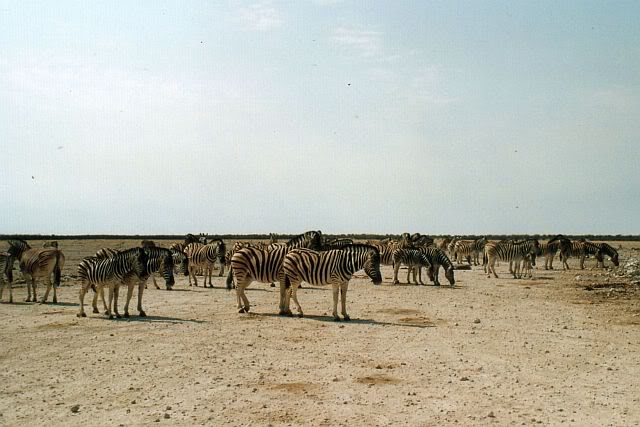 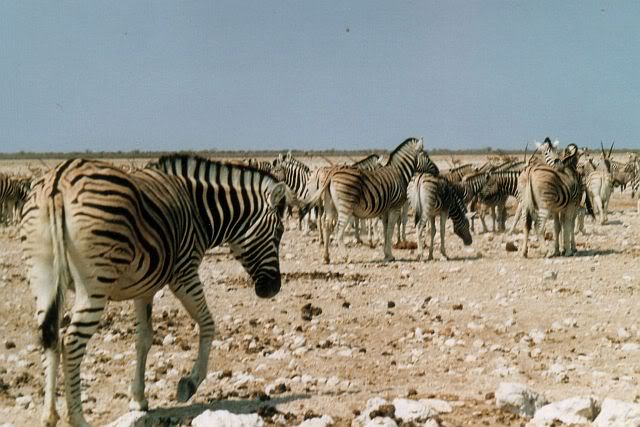 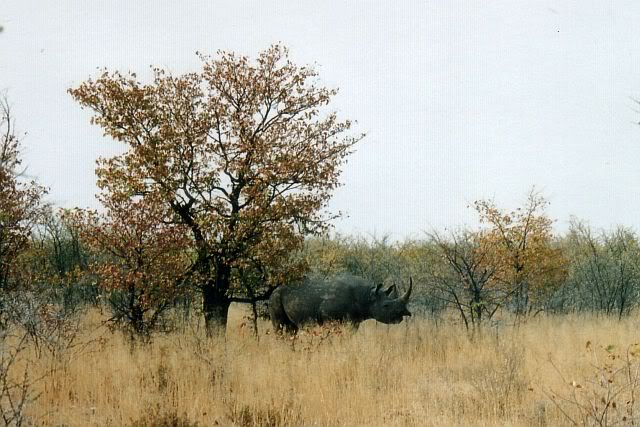 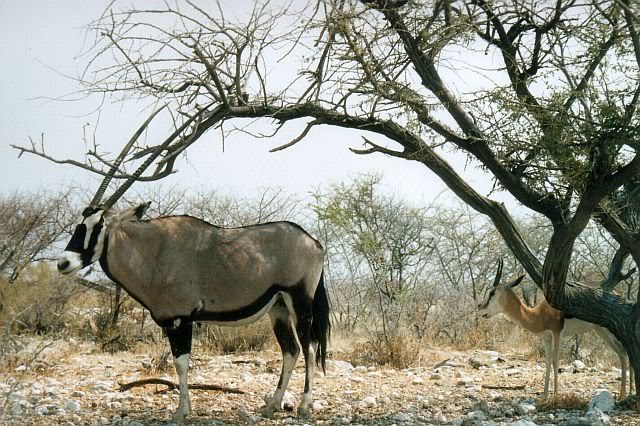 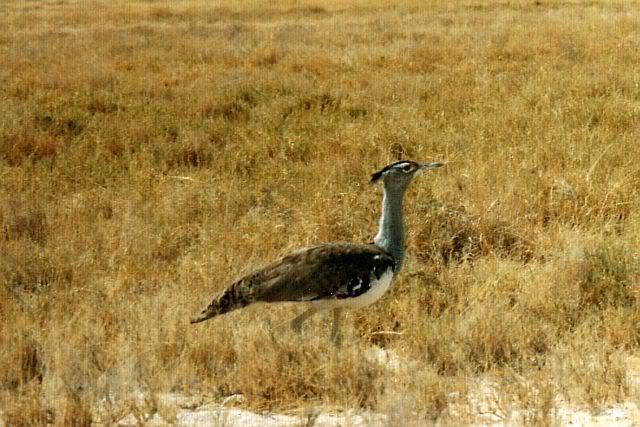 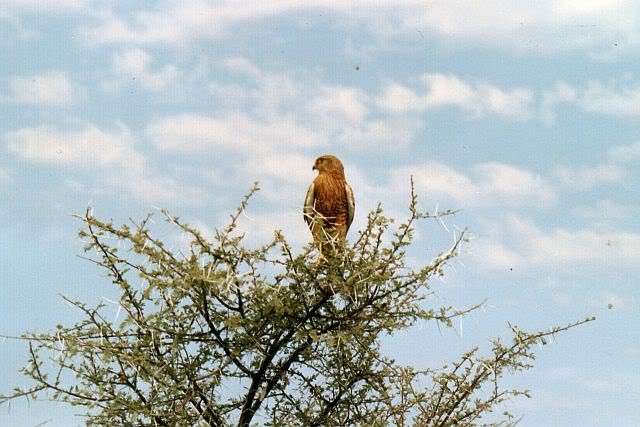 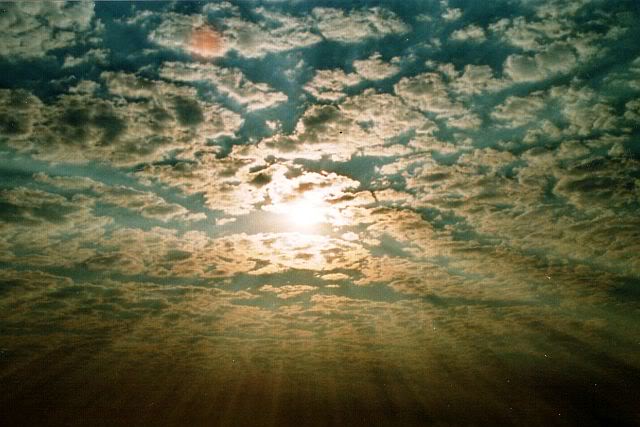 Etosha means 'huge white area' or 'place of dry water'. The vast shallow pan shimmers in glaring bright white from crystallised salt. And you can spot there some animals as well 8) 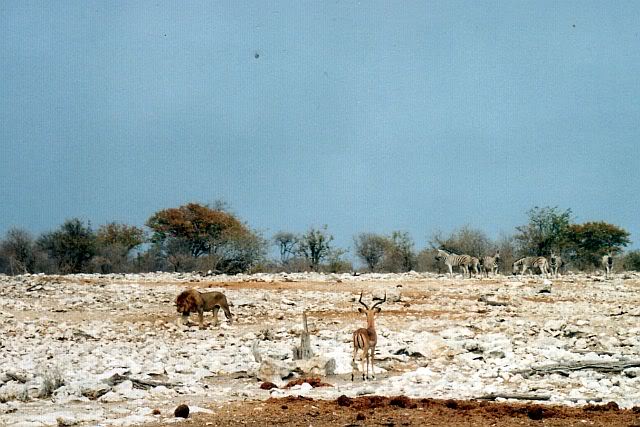 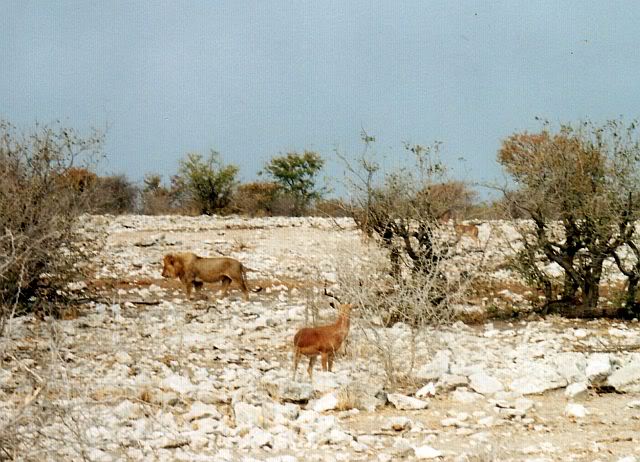 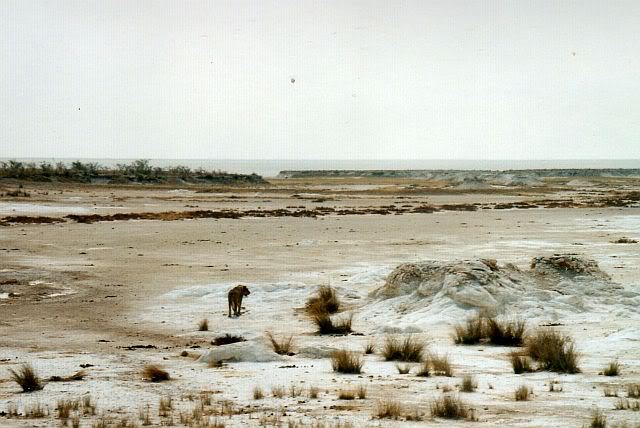 These are my favourite pictures from the last two day trip: 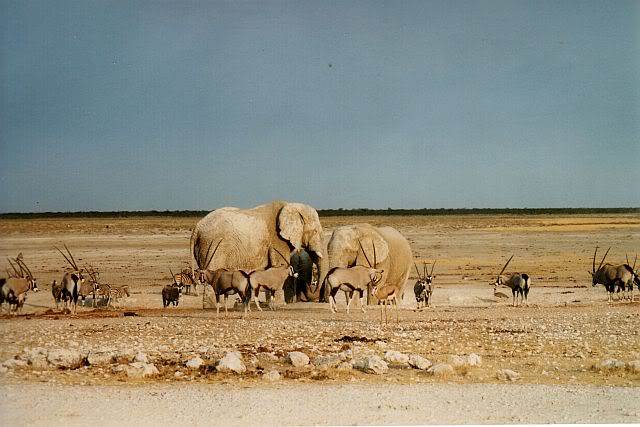 I love Etosha – I really do
Top

Great report and photos!
Thank you very much, I'm planning an Etosha trip and this is a great appetizer !!

I have to try Etosha

is it easy to rent a car and travel alone ?
Kgalagadi lover… for ever
Top

What is the good of having a nice house without a decent planet to put it on? (H D Thoreau)
Top

That game drive vehcles in the photo,s operate from outside the parks.

I hope mom could recover all the little one,s.

Kgalagadi lover… for ever
Top
38 posts