Ndumo Game Reserve is situated near the Tembe Elephant Park on the Mozambique border in northern Kwazulu-Natal. The Usuthu River forms its northern boundary and the Pongola River flows through to its confluence with Usuthu. Ndumo boasts many beautiful pans set about with yellow fever trees and extensive wetlands and reed beds as well as acacia savannah and sand forest.

Ndumo Game Reserve is perhaps best known for its magnificent bird life with the highest bird count in South Africa, some 430 species. The varied habitat hosts an astonishing range of aquatic birdlife such as black egret, pygmy geese and flocks of pelicans. The prolific birdlife includes many tropical East African forms at the southern limit of their range. Special ticks for birders include Pell's fishing owl, the broadbill, and southern banded snake eagle. 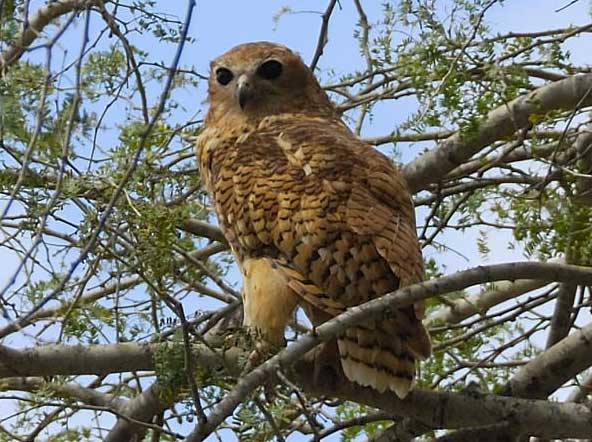 With game species such as nyala, bushbuck, impala, red duiker, suni, black and white rhino, hippopotamus and a very large population of crocodiles, Ndumo is a most rewarding area to view wildlife with its wetlands and pans, thick bush and savannah and extensive forests. Ndumo is of particular interest to entomologists with a very interesting array of insects including 66 recorded species of mosquito. Visitors may drive through certain areas of the reserve in their own cars, or participate in landrover tours to interesting areas in the company of a tour guide. Depending on the demand, morning and afternoon tours are conducted and arrangements to participate in these tours are made at the reception office. 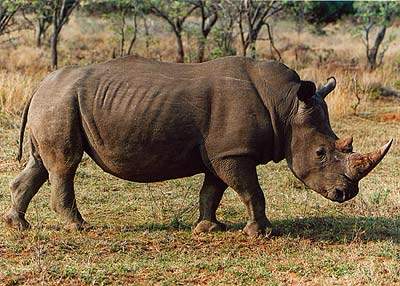 For the more energetic, day walks in the reserve may be taken in the company of a guide and, here too, arrangements to participate in these walks should be made at the reception office the day before the intended walk.

Ndumo Camp consists of 7 two-bed rondavels, each equipped with a hand basin with cold water, a table and three chairs and a refrigerator. Bedding, cutlery and crockery are provided. These seven units have been upgraded and now have a verandah and an airconditioning unit inside. The camp is served by a kitchen and ablution block with hot and cold water. The camp is equipped with mains electricity and has a swimming pool. There is a shop that sells firewood and charcoal together with basic provisions.

Ndumo Campsite accommodates a maximum of 48 people in eight shady campsites. The campsite caters for both caravans and tents and is situated in a beautiful setting under the trees near the main hutted camp. Campsites have cold water taps and barbecue facilities. The modern ablutions have hot and cold running water, flush toilets, showers, baths and basins. A communal kitchen and dining area is also available.

Thanks for these maps Toko.

One request, do you maybe have a legend for them? I would really like to know what the difference is between the red and orange dotted no entry roads.
Top

I don't know if it is still like this, but the orange dotted tracks used to be open for 4x4's and the red ones only for guided drives.
Top 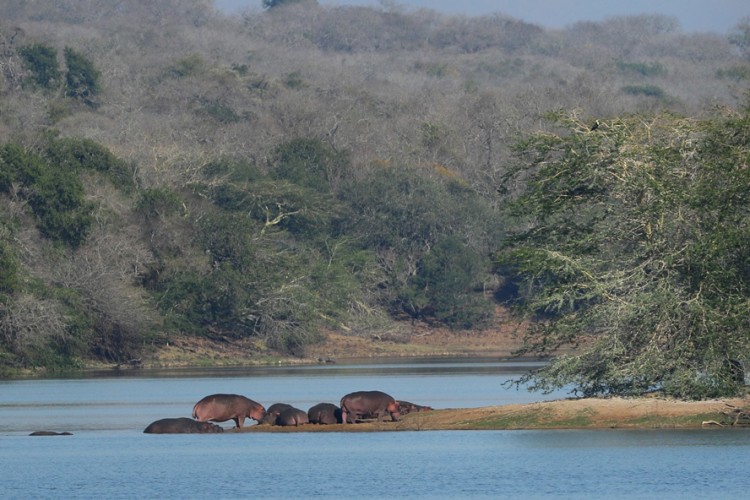 In the north of the reserve, the Maputo River, which is the border with Mozambique : The fever tree forest at sunset : The fever tree forest at sunset is sublime

Also the other sceneries are not bad

"Education is the most powerful weapon which you can use to change the world." Nelson Mandela
The desire for equality must never exceed the demands of knowledge
Top
9 posts • Page 1 of 1